Continue to Deadline SKIP AD
You will be redirected back to your article in seconds
Skip to main content
June 5, 2019 8:03am 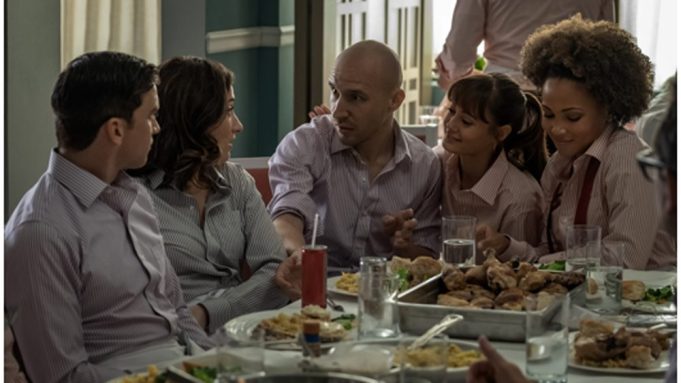 ‘I”m drawn to something irrational,” says Ella Purnell’s Tess in the official Season 2 trailer for Sweetbitter, a hint of what’s to come in the second go-round of Starz’s original series

Sweetbitter follows 22-year-old Tess (Ella Purnell) who, shortly after arriving in New York City, lands a job at a celebrated downtown restaurant. Swiftly introduced to the world of drugs, alcohol, love, lust, dive bars and fine dining, she learns to navigate the chaotically alluring yet punishing life she has stumbled upon.

In season 2, Tess soon realizes she won’t survive at the restaurant if she doesn’t play the game. She experiences a sexual awakening, a discovery of her voice, and, ultimately, a recognition of her own power. Her colleagues Simone, Jake and Howard are all trapped, by both the restaurant and each other, leaving Tess to question what she wants from the restaurant, and what it wants from her.

Sweetbitter returns Sunday, July 14, at 9 PM ET/PT on Starz in the U.S. and Canada, and on Starzplay across Europe and Latin America.