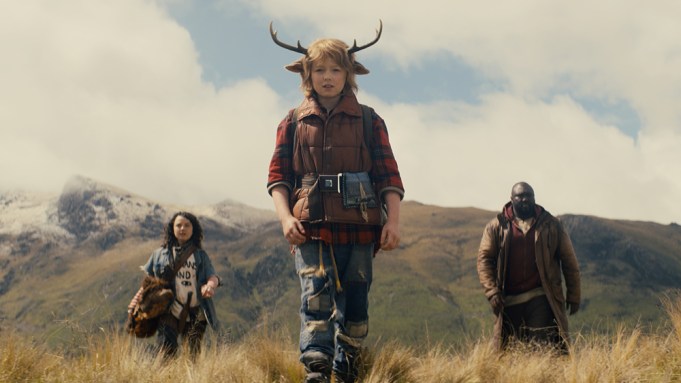 Netflix has dropped the first trailer for Sweet Tooth, its upcoming drama series adaptation based on characters created for DC Vertigo by Jeff Lemire. It’s set to premiere June 4 on the streamer.

Sweet Tooth follows the adventures of Gus (Convery) — part deer, part boy — who leaves his home in the forest to find the outside world ravaged by a cataclysmic event. He joins a ragtag family of humans and animal-children hybrids like himself in search of answers about this new world and the mystery behind his hybrid origins.

“No one knew which came first, the hybrids or the virus,” Brolin says as the trailer begins. “But that question would become the biggest mystery of our lifetime.” Gus, played by Convery, is then seen on the run from hunters determined to stamp out hybrids. “Some bad people are still out there,” Gus is told, “they don’t like you because you’re different.”

Mickle and Schwartz write, exec produce and co-showrun, with Mickle also acting as a director. Team Downey’s Robert Downey Jr., Susan Downey and Amanda Burrell will also exec produce alongside Linda Moran and Evan Moore producing. It is being produced by Team Downey in association with Warner Bros. Television.

“We wanted to make a show that offers escape and adventure, where nature is reclaiming the world and in many ways it feels like a fairytale,” said Mickle. “Sweet Tooth is a new kind of dystopian story, it’s very lush and hopeful. We want people to come into this world where there’s beauty and hope and adventure. This is a sweeping story — we ride on trains, climb mountaintops, run through forests. This is a show about what makes a family, what home really means, and why it’s important to keep faith in humanity.”

“Sweet Tooth the series has been in the making since 2016, and the comics existed even well before that, but I think everyone is going to relate to the show and this story even more than we even thought when we first started working on it,” added Schwartz on bringing the 2009 comic book to screen. “When you watch Sweet Tooth, you feel hopeful about the future.”