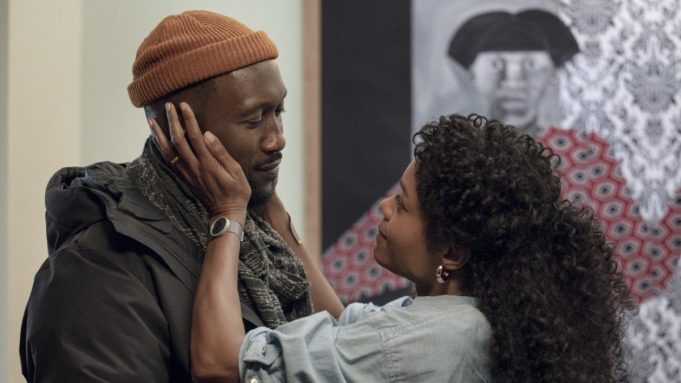 The first trailer for Oscar-winning director Benjamin Cleary’s film Swan Song dropped today. It stars two-time Oscar winner Mahershala Ali as Cameron Turner, a husband and soon-to-be father who is presented with a shot at surviving a terminal illness, but the proposition turns out to be more complicated than he anticipates.

In the trailer, we see Cam facing the prospect of his own death even as he and his wife Poppie (Naomie Harris) are about to welcome a new child. Having kept his health issue a secret, Cam has the opportunity for a renewed future, but it involves keeping an even bigger secret about the method of his salvation.

“The second that you tell your wife you are dying,” Glenn Close’s Dr. Scott tells him, “your opportunity to do this is gone.” Cam is then led into a room where his exact physical clone stands before him.

“So he has everything?” he asks the doctor about the clone.

“Even the memories you store in deep in your subconscious,” she replies before promising Cam “a clean swap.”

The themes of life and death, honesty vs. deception and the value of human life are clear as Ali’s character becomes locked in debate with his clone about their identities.

Deadline revealed earlier this year that Apple has staked out December 17 for a limited theatrical release and debut on Apple TV+.