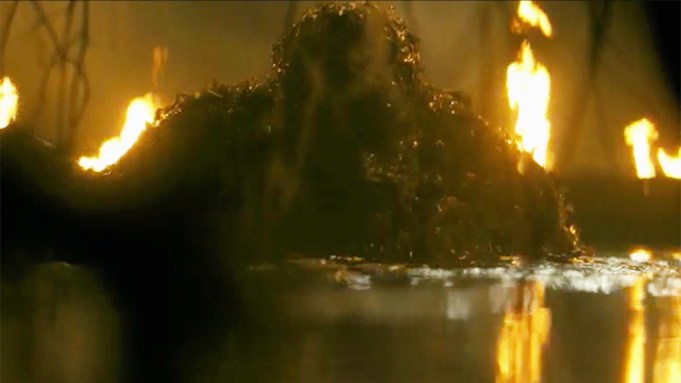 Things are very terrifying, creepy, mossy and kind of wet in the first trailer for DC Universe’s first trailer for Swamp Thing. You can feel the humidity and marshy air steaming off of this trailer that plays out more like a horror series rather than something of the superhero  — but it comes from James Wan so would you expect anything less?

Last week, Ian Ziering shared a teaser of the series, but today the DC Universe gave us an extended first look. Set debut on May 31, Swamp Thing follows Abby Arcane as she investigates what seems to be a deadly swamp-born virus in a small town in Louisiana but soon discovers that the swamp holds mystical and terrifying secrets. And as seen in the trailer, unexplainable and chilling horrors emerge from the murky marsh and as soon as that happens, everyone’s safety is in question.

Wan, Mark Verheiden, Gary Dauberman, Michael Clear and Len Wiseman are executive producers of Swamp Thing, which is based on the DC Comics character created by Len Wein and Bernie Wrightson. Rob Hackett is co-producer. The series is produced by Wan’s Atomic Monster in association with Warner Bros. Television. Verheiden & Dauberman are writing the first episode, which Wiseman is set to direct.