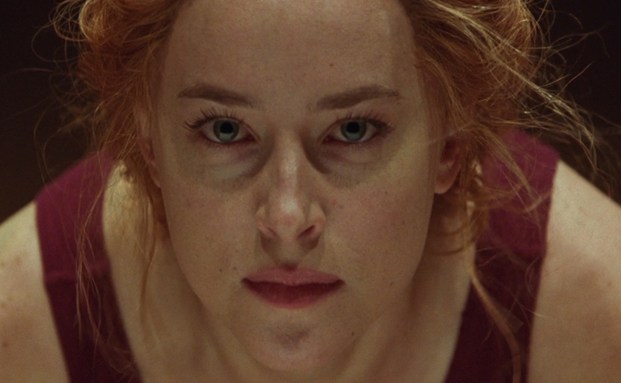 I am not sure the world was itching for a remake of Italian director Dario Argento’s 1977 cult horror classic Suspiria, but apparently it haunted another Italian helmer so much over the past 40 years that he just had to try. Ironically, in the same gap of decades between original and reboot as last week’s smash Halloween, this movie has less of the prescribed slasher effects mass audiences want and is more psychologically inclined if anything.

Director Luca Guadagnino ventures way out of the range of his 2017 gay love story Call Me by Your Name and tackles something more akin to the hell-on-Earth vision of last year’s divisive mother! from Darren Aronofsky. You can expect the same polarizing reaction here, particularly when things go all to hell in the protracted finale. That sequence is a mix of influences of other Italian directors from Fellini to Pasolini, but you won’t turn away unless you have a very weak stomach — and if you do, you shouldn’t be going to this film in the first place.

As I say in my video review (click the link above to watch), the key saving grace of this overly long and bloated remake — 2½ hours vs. the original’s tight 97 minutes — is the glorious Tilda Swinton. She seems to be having a hell of a good time, playing not only Madame Blanc, the leader of the Berlin Dance Academy where all the action takes place, but also her key rival Helena Markos (billed in the credits as actor Lutz Ebersdorf, ha ha) and most amusingly the German psychotherapist Dr. Josef Klemperer. He’s a grieving man who finds himself investigating the strange goings-on at this establishment when one of its star dancers, American Patricia Hingle (Chloe Grace Moretz) bursts into his abode at the beginning in a hysterical manner having just apparently escaped the clutches of those who run the Academy. She disappears but leaves behind a book with clues, and it isn’t long before we discover that the powers that be really are a coven of witches whose vision of the ideal modern dance is the satanic ritual to end all satanic rituals.

Into this witches brew comes another seemingly green American, Susie Bannion (Dakota Johnson), who really doesn’t have much dance talent but is accepted anyway and taken under the wing of Madame Blanc. As Klemperer gets closer to discovery, Susie rises in the hierarchy of the company of dancers who perform less-than-subtle interpretations of the dancing art. In the film’s most vivid scene, Russian star dancer Olga (Elena Fokina) is grossly and physically seen twisted in all directions on another deserted floor below the stage as Susie performs one bruising and literally bone-crushing dance, each movement a kick in the gut and elsewhere to Olga. It’s a creepy duet to be sure, at least the way Guadagnino choreographs the gore of it all.

Although there certainly are key ways screenwriter David Kajganich’s script resembles the spirit of Argento’s original, this one takes off in odd directions, set in a 1977 Berlin in a state of unrest, but Guadagnino seems more obsessed with emphasizing the unsettling nature of the visuals here than the more subtle approach taken by Argento. Perhaps the full title gives it away: Suspiria: Six Acts and an Epilogue Set in a Divided Berlin, but it probably is trying not to make much of the political issues that implies and just settle back for the sheer terror, some of it undeniably entertaining thanks to Swinton’s wink-wink performance(s). She can do no wrong, and if you can handle the seedier aspects, this is a must-see for Swinton fans.

As for the rest of the cast, Johnson plays the ingenue with just the right touch of deceptive innocence, while Mia Goth as a dorm mate provides the voice of reason and reality. Among the other employees of the place, Angela Winkler’s intriguing Miss Tanner is the one who gets the most screen time in order to make an impression as a senior instructor since Swinton hogs most of the showier roles. Look out for Jessica Harper, a star as Susie in the original who returns here as Anke, however briefly. The score by Radiohead’s Thom Yorke serves the film well, if not attempting to match the scares of Goblin’s work in the ’77 version by Argento (who has an associate producer credit on this one). Sayombhu Mukdeeprom’s striking cinematography is appropriately to die for. The virtual coven of producers include Gabriele Moratti, William Sherak, Silvia Venturini Fendi, Francesco Melzi D’Eril, Bradley J. Fischer, Marco Morabito, Guadagnino and Kajganich. Amazon Studios puts it in limited release Friday.

Do you plan to see Suspiria? Let us know what you think.