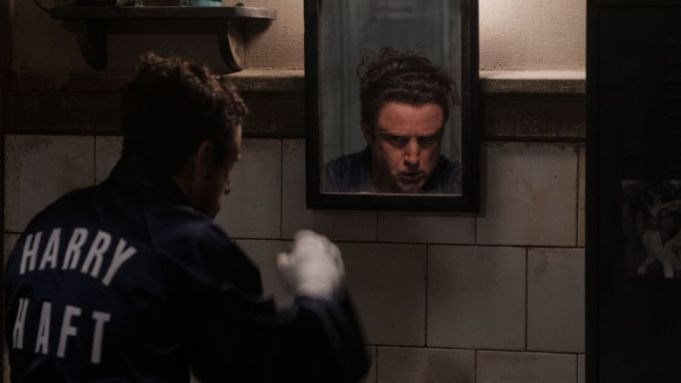 Based on the Justine Juel Gillmer Black List script adaptation of the Alan Scott Haft novel Harry Haft: Survivor of Auschwitz, Challenger of Rocky Marciano, the film tells the story of a boxer who survived Auschwitz by being forced to fight fellow prisoners in the concentration camps in ghoulish gladiatorial battles. If he won, he got fed and allowed to live long enough for the next bout, while the 76 opponents he beat were led to their deaths in the camps. Haunted by the memories and guilt over the price of survival, Haft attempts to use high-profile fights against boxing legends like Rocky Marciano as a way to rediscover a reason to live and to again find the woman he fell in love with before the war, who fuelled his drive to survive the Nazis.

Foster lost 60 pounds for the boxing scenes in the concentration camps, and then gained it back to show Haft’s later life. The subject matter confronts issues like PTSD, the horror of the Holocaust and the human resolve to survive.