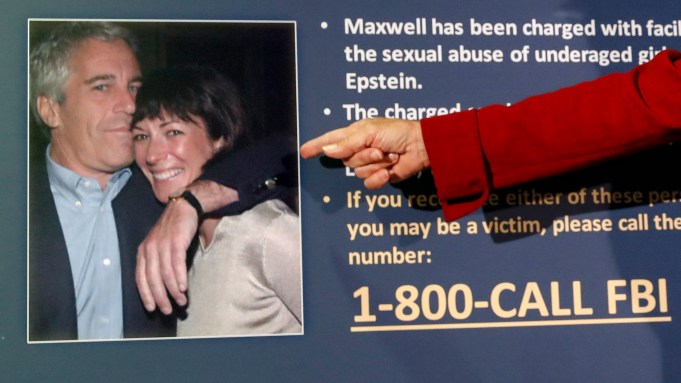 The docuseries tells the stories of eight survivors, with insights from those close to Epstein. It comes at a critical time in the saga, after his longtime confidante Ghislaine Maxwell was arrested this month on charges she conspired with Epstein to sexually abuse minors. She has pleaded not guilty and was denied bail, meaning she will await her July 2021 trial start from the Brooklyn Detention Center.

As part of the docuseries’ bow and in line with Lifetime’s Stop Violence Against Women advocacy campaign, the network also is partnering with Rise to run a PSA during the broadcasts to encourage other survivors to speak out and help establish the Survivors’ Bill of Rights in their states. Lifetime will also run a PSA from RAINN.

Epstein, the billionaire New York financier, is alleged to have used his connections to the rich and famous to shield his predatory behavior with young girls.

The series, which was picked up in January during Lifetime’s presentation at the TCA winter press tour, has been in development since July 2019. It hails from Bungalow Media + Entertainment (Panama Papers, The Preppy Murder). Directors are Anne Sundberg and Ricki Stern (The Preppy Murder, Reversing Roe, The Devil Came on Horseback). Shura Davison and Gena McCarthy executive produce for Lifetime.