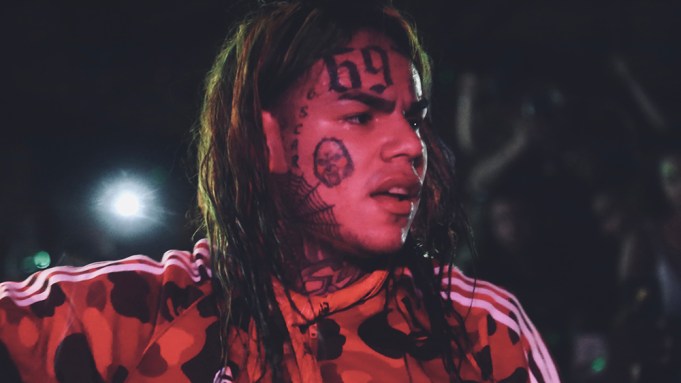 Showtime takes a deep dive into how Danny Hernandez, aka Tekashi 6ix9ine, came to be one of music’s most controversial artists of the moment.

The Supervillain: The Making of Tekashi 6ix9ine teaser, which Showtime released on Wednesday, gives music fans a glimpse into the rainbow rapper’s rise to notoriety and his fall as a convicted criminal.

“If I was to die today, I’d be a legend. I know that for a fact,” Hernandez says in the trailer.

The teaser splices together footage of Hernandez hyping up crowds at his concerts, appearing in various talk shows and pleading his way in court amid a plethora of controversies. The Brooklyn rapper faced federal prosecutions in 2019 after he pleaded guilty to nine crimes.

See the Supervillain trailer above.