Continue to Deadline SKIP AD
You will be redirected back to your article in seconds
Skip to main content
August 28, 2020 12:44pm 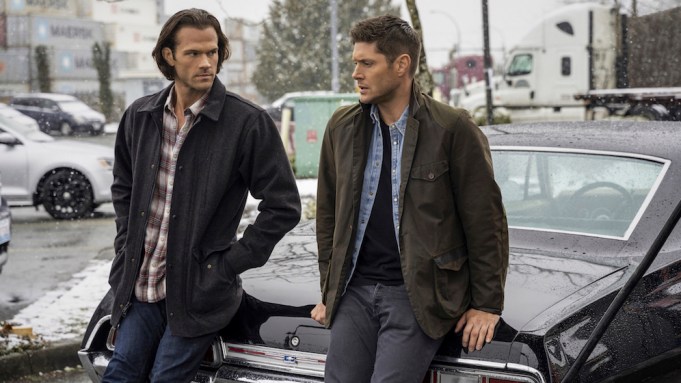 “My entire life, you’ve protected me,” an emotional Sam (Jared Padalecki), tells his brother, Dean (Jensen Ackles). “It’s the only thing I’ve ever known that was true.”

So begins a trailer which gives a hint of what’s to come in the final episodes of the CW’s Supernatural. Production resumed earlier this month in Vancouver on the final two episodes of the 15th and final season following the coronavirus-related production shutdown in mid-March. The CW at the time opted to hold back seven episodes, including the two that were yet to be shot, for a final chapter to air in fall 2020. An October 8 premiere date is set for the series’ final episodes, leading to the series finale.

Supernatural will end its run after 327 episodes, ranking as the longest-running sci-fi/genre series in the history of American broadcast television.

Throughout the show’s run Sam (Padalecki) and Dean (Ackles) and the angel Castiel (Misha Collins) have conquered monsters, demons, Heaven and Hell. Now in season 15, Sam and Dean find themselves facing a threat beyond anything they’ve ever grappled with or imagined: God himself.