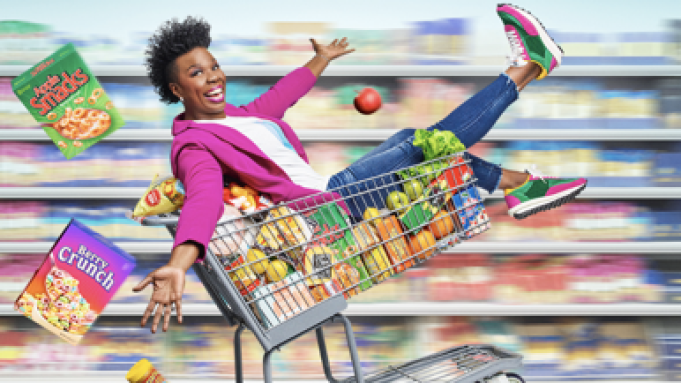 Leslie Jones has lifted the lid of the check out on her reboot of classic game show Supermarket Sweep.

The SNL star explained how it came about, why she wanted to bring it back, addressed the idea of people running around a supermarket without masks and revelled in the idea of a celebrity version.

She said her main goal was to update it. She said that she wanted to bring some “color, jolt and activity” to the show. “I wanted to make people feel what I felt with the old show,” she added.

Speaking on an ABC virtual press conference, Jones and executive producer Alycia Rossiter addressed a question as to whether the show would encourage people to want to head to the supermarket without a mask on.

“When you looking at TV, you’re already in fantasy world,” Jones said. “You’re supposed to have on your damn mask. This is very important. This is just a television show.”

Rossiter outlined some of the COVID protocols, as first revealed by Deadline, that they went through over the summer in order to film it. “We cleaned that store like crazy in between every round. The only people who were allowed to not have masks were Leslie and the contestants. We felt safe and joyful. We want it to be received with fun and joy. The grocery workers have kept us alive for the last six months and want to celebrate them,” she added.

“The [COVID] nursing team they were not playing,” joked Jones.

Jones was also asked who she would want to get on a celebrity version of the show. She namechecked the likes of Will Smith, Seth Rogen, and Jennifer Lopez. “Rihanna… she’d run in heels and win,” she said. “This show’s got to happen.”