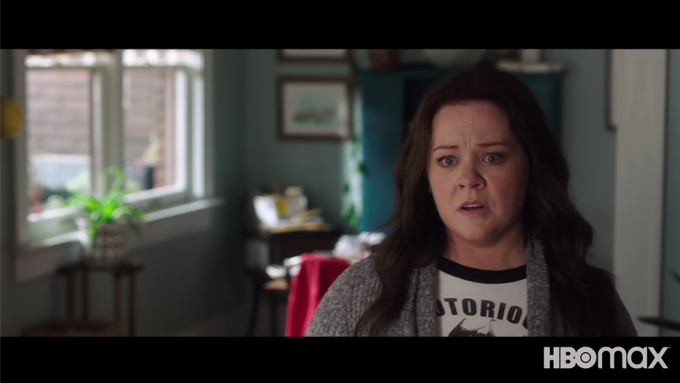 HBO Max has dropped the trailer for its technology-comedy Superintelligence, starring Melissa McCarthy and James Corden. Directed by Ben Falcone, Superintelligence follows McCarthy’s undoubtedly average Carol Peters as she seeks to save the world from technological destruction.

“Carol, I am a technological Superintelligence,” the AI, voiced by Corden, says. “I control every dollar and every machine on the planet.”

The AI goes on to tell McCarthy’s character, who happens to be a huge fan of the British late-night host, that it has to confirm its theory about humanity in order to avoid destroying the Earth and its inhabitants.

As the trailer progresses, McCarthy develops a friendship with the operating system that’s out to destroy her and all those she loves. However, when asked what she would do before the world’s end, Carol responds that she would make amends with her ex, George (Bobby Cannavale). With only so many hours to spare, the former exes dine and dance, enjoying each minute with each other.

“I’m gonna show you that people are worth saving,” McCarthy tells the AI over clips of her Carol finding comfort in Cannavale’s joy and Brian Tyree Henry’s warm embrace.

“Humans are more complex than I thought,” Corden’s AI responds.

In October, McCarthy and Falcone spoke to Deadline about opting to release their latest flick on HBO Max instead of Warner Bros Pictures, becoming the first WB Pictures Group film to premiere on the new HBO branch. The said the decision to go from Warner Bros. to HBO Max was entirely their decision.