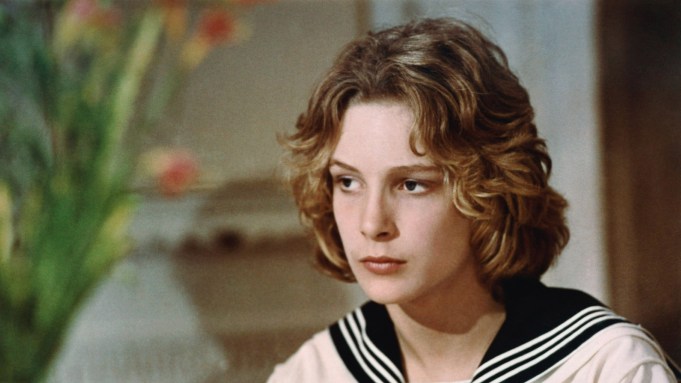 Here’s the first trailer for Sundance-bound documentary The Most Beautiful Boy In The World about the turbulent journey of Death In Venice actor Björn Andrésen. In 1970, filmmaker Luchino Visconti travelled throughout Europe looking for the right boy to personify “absolute beauty” in his screen adaptation of Thomas Mann’s Death in Venice. In Stockholm, he discovered Björn Andrésen, a shy 15-year-old teenager, who he brought to international fame overnight and led to spend a short but intense part of his turbulent youth between the Lido in Venice, London, the Cannes Film Festival and Japan. Fifty years after the premiere of classic film Death in Venice, the actor recalls personal memories, cinematographic history, stardust and tragic events in his life. Kristina Lindström and Kristian Petri direct. June Films will release stateside in September, 2021.

German broadcasting giant RTL Group has said that it is on course to exceed forecasts for its financial performance last year during the coronavirus pandemic. The company, which owns American Idol and Too Hot To Handle producer Fremantle, said its EBITA will hit €850 million ($1.03 billion) in 2020, above the expected €720 million, but still down on €1.1B in 2019. Group revenue was around €6B (2019: €6.65B) last year, according to un-audited earnings. RTL will publish audited earnings on March 12.

British broadcaster ITV, Ireland’s ITV and U.S. streamer Topic are teaming for a documentary on the Irish mother and baby home scandal. The Missing Children (working title) is made by True Vision and Nevision and focuses on a scandal in which 9,000 children died in 18 institutions. It focuses on the Tuam home where 796 babies are believed to have been buried in a septic tank. “With unrivalled access to those closest to the investigation into Tuam, one of the homes at the heart of this scandal, this film promises to provide an unflinching and vital account of what went on, who was responsible and how the impact is still being felt on lives today,” said Tom Giles, ITV controller of current affairs. The Missing Children is directed by Tanya Stephan and produced by True Vision’s Brian Woods and Nevision’s Anne Morrison, with executive producers for Topic being Ryan Chanatry and Gena Konstantinakos. Abacus Media Rights is distributing.

Leading Spanish sales firm Filmax is teaming up with Gloriamundi Producciones, the Spanish production company of Argentinian producer Pablo Bossi (Nine Queens), to distribute TV series together. Filmax’s previous series include popular show The Red Band Society (2011-2013), while established film producer Bossi has been showrunner on series including Monzon: A Knockout Blow, and the upcoming shows Limbo, which was created by Mariano Cohn and Gaston Duprat and stars Clara Lago; Mariposas, a series which tells the story of the Mirabel sisters, who were murdered in 1960 by the Trujillo regime in the Dominican Republic and which will star Susana Abaitua and Alberto San Juan; and The Anatomist, based on the novel by Federico Andahazi, which tells the story of the 16th century physician Matteo Colon, to whom some attribute the “discovery” of the clitoris.

First Cesar Winners
France’s Cesar Awards has named its first winners ahead of the 2021 ceremony on March 12. There were two ‘technical’ Cesars up for grabs, voted for by the craft members of the votership. LSFX Atelier 69 won the prize for providing technical services to the cinema sector in France; the company’s work last year included on Mandibles and De Gaulle. Mac Guff Ligne took the 2021 Technical Innovation Prize, which is awarded to a company that implements a new technical product or service that benefits the film industry. Mac Guff Ligne is one of the largest VFX studios in Europe, its 2020 credits include My Cousin and SamSam.