Continue to Deadline SKIP AD
You will be redirected back to your article in seconds
Skip to main content
May 8, 2019 5:55pm 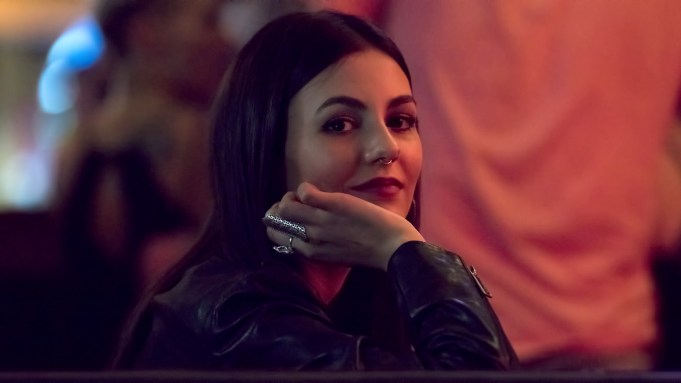 The new trailer for Joseph Cross’s directorial debut Summer Night is definitely giving off some Can’t Hardly Wait vibes. Like the title of the movie suggests, the ensemble romantic comedy follows a group of friends and the life choices they have come face to face with as the summer comes to an end.

The pic from Samuel Goldwyn Films focuses on two best friends Seth (Ian Nelson) and Jameson (Ellar Coltrane), who are getting ready to perform — and party — at local rock venue The Alamo. But before the night begins, both young men come are faced with serious reality checks. Seth receives life-changing news from his girlfriend Mel (Analeigh Tipton), and Jameson has to choose between his on-again-off-again girlfriend Corin (Elena Kampouris) and a new girl he’s just met, the outspoken Harmony (Victoria Justice). By the end of the night, these young men and women are confronted with a series of fast-approaching life decisions that will either leave them stuck in the comfort of adolescence or catapult them into adulthood.

In addition to the aforementioned actors, the film is stacked with some of Hollywood’s rising stars including Lana Condor (To All The Boys I Loved Before), Hayden Szeto (Truth or Dare), Callan McAuliffe (The Great Gatsby), Ella Hunt (Anna and the Apocalypse), Bill Milner (X-Men: First Class), Khris Davis (Detroit), Melina Vidler (800 Words) and Justin Chatwin (Shameless).

Summer Night Will make its West Coast premiere at the inaugural Rom Com Fest which takes place June 20-23 in Los Angeles. It will be one of the titles in the festival’s feature competition slate alongside Anna Lupo’s In Reality, Darien Sills-Evans’s One Bedroom, Jamie Patterson’s Tracks and Laura Madalinski’s Two in the Bush.