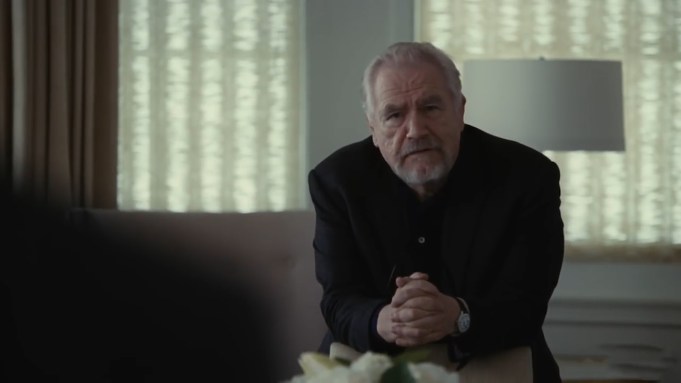 It is near impossible to watch a single minute of Succession and not immediately begin thinking about Rupert Murdoch and his sharp-clawed clan. Which is a big part of the problem with the HBO series debuting Sunday, led by Brian Cox as an aging media mogul refusing to relinquish power to his competing offspring. Created by In The Loop alum Jesse Armstrong and executive produced by Will Ferrell and Adam McKay, who directed the first episode, Succession simply doesn’t succeed.

The male cast of Cox, Big Short alum Jeremy Strong, Kieran Culkan and Alan Ruck are solid, and female leads Sarah Snook as the trying-to-be-independent only daughter (aka Elisabeth Murdoch) and Munich vet Haim Abbass as the octogenarian Logan Roy’s third wife inject potential into the things in the series, as I say in my video review above. In many ways, it’s similar to the stylish but aimless C.B. Strike, based on a crime series written under a pseudonym by J.K. Rowling and now executive produced by the incredibly well-off Harry Potter author and debuting on Cinemax tonight.

But Succession, in this Peak TV era, is a project that likely would have worked better as one of those Saturday night HBO movies than a drawn-out 10-episode series,. Which makes sense when you consider that its origins are an unmade feature script that Veep collaborator Armstrong penned on Murdoch a few years back. However, the end result is still that everything gets flattened under the looming legacy of foxy old Rupert and, to a lesser degree, elements of Sumner Redstone before his retreat into the shadows.

In trying to take a swing at the upper reaches of the 1%, Succession spends more time flailing around in trying to figure out if it is a dysfunctional family drama, a satire, or a stapled together collection of tart one-liners and cruelties. All of which, at least from what I’ve seen, tells us that, Yes, the really rich are different than us, but they can be greedy, stupid jerks too. Not exactly breaking news.

Click on the video above for more of my take on Succession. If you can, also crack open a biography of the still-swinging Murdoch and get the real skinny — plus put a little Lou Reed on as well (watch the review, you’ll see what I mean).