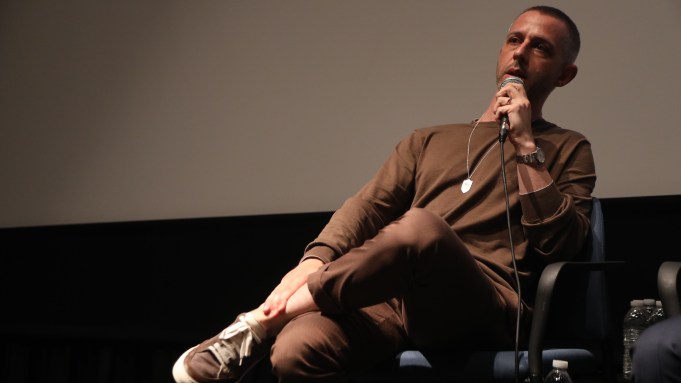 When it comes to portraying the 1% familial media dynasty the Roys in HBO’s Succession, if there’s a superpower that has embodied the actors in playing the complexities of dysfunctional, power-hungry siblings, it’s the series Emmy-nominated EP and director Adam McKay.

True, there’s creator Jesse Armstrong’s script, but McKay has gotten the show’s dramatis personae to go to extra depths with his improv instructions. Now for some actors, improv is akin to speaking a hard language, like Russian. But in McKay’s “jazz”-infused sets of ad-lib and script, he has created a safe environment, much like what Robert Altman would get credit for from his stock players on his productions. Succession tells the story of the Roy family who control Waystar Royco, one of the globe’s leading media companies. Logan Roy, the Rupert Murdoch-like father and corporate chief who has built the company, is going senile, and in desperate need of one of his scion’s to lead the company. That would be the savvy, aggressive son Kendall Roy (Jeremy Strong), however he struggles with addiction.

In one scene during the pilot “Celebration”, Strong’s Kendall has a meltdown in the bathroom after Logan, who originally promised to name him successor of the company, opts not to. Strong credits McKay in regards to getting to that point.

Strong landed the part in Succession soon after having lunch at McKay’s. “I went through 12 rounds for The Big Short, a bunch of different roles, I went through the ringer, and he said with this, ‘I want you to read it, see what you connect to and let me know.'”

“It was really everything I had been wanting to do, meaningful and central to the culture,” said Strong about the series which literally has a pulse on the shifting media landscape, particularly in the current Disney-Fox merger era.

Alan Ruck, who plays Connor Roy, the Roy son who is completely disinterested in the goings on of Waystar Royco, said he was pulled into an audition after taking his baby to a Mommy and Me class. He walked in unprepared, but McKay let him riff: “He said, ‘Make it up. You know the basic idea, whatever comes out of your mouth.'” Ruck noticed a line where Connor says he wants to be President of the United States. The actor thought the character was being sarcastic, but he wasn’t. “That’s when I knew who he was,” says Ruck.

“Clearly the takeaway (here) is you have to go to Adam McKay’s house and opportunities will rain down,” quipped Strong at Deadline’s HBO awards season event on Sunday.

Hinting at season 2 (which is currently airing on Sundays on HBO), possibilities, Strong, who starts the season in a defeated state after trying to take over Waystar Royco, believes his character can ascend to a Michael Corleone-like status eventually. Ruck’s Connor, we learn is running for president. And Nicholas Braun’s cousin Greg? He might look all wet-behind-the-ears on the outside, but as he submerges himself in the family business, well, just watch out.

“Maybe he has that underbelly to him that he’s mostly hiding, but he’s also learning what the currency is to get higher up,” says Braun, “Greg is acquiring some weapons; we’ll see what happens.”