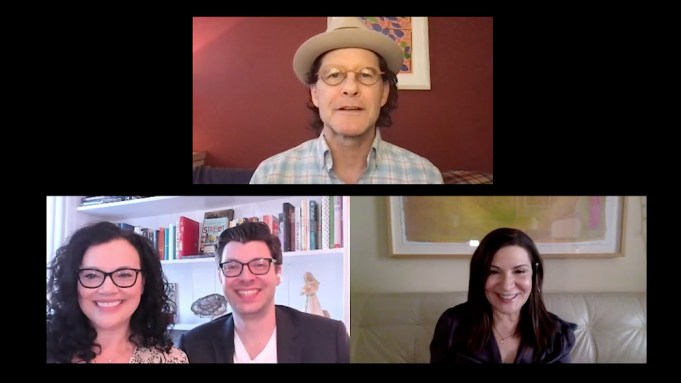 In the mid-1960s, TV producer Joan Ganz Cooney and psychologist Lloyd Morrisett joined forces to develop a new kind of children’s show, one that would try to educate young kids instead of pushing products at them, as commercial television did.

The result of their efforts became Sesame Street, one of the longest-running shows in television history. Its origins and impact are explored in the Sundance documentary Street Gang: How We Got to Sesame Street.

“Sesame Street is an institution now but it didn’t start that way,” producer Trevor Crafts said during an appearance in the Deadline Sundance Studio. “It was this ragtag group of people that had this idea to do something really unique and really different.”

What made Sesame Street so unusual was its collaboration between people who knew television and its capacity to entertain, and educators who understood how to teach language and math skills to children ages 3-5.

“We want to show in the film that these adults came together with a higher purpose to help children,” noted producer Ellen Crafts. “This group of creatives, educators, put together something that was a response to the Civil Rights Movement and aimed to help preschool children with education and particularly children of color that lived in our cities, that didn’t have the same access.”

Cooney and Morrisett brought in Jim Henson and his Muppets, who became a key part of the show. The documentary also gives proper recognition to Sesame Street writer and producer Jon Stone, whose vital contributions have frequently gone unsung.

“One of the most amazing things about this film for me is the opportunity to introduce Jon Stone to the world,” said director Marilyn Agrelo. “Jon Stone conceived of everything, the look of the street, this decision to put it on a Harlem street…It was this type of dedication and this type of attention to detail that Jon Stone had and all of it was in the service of making something that was going to be really well-written, really sophisticated humor.”

Street Gang premieres at Sundance today, at 9 AM PST. Watch the full conversation in the video above.