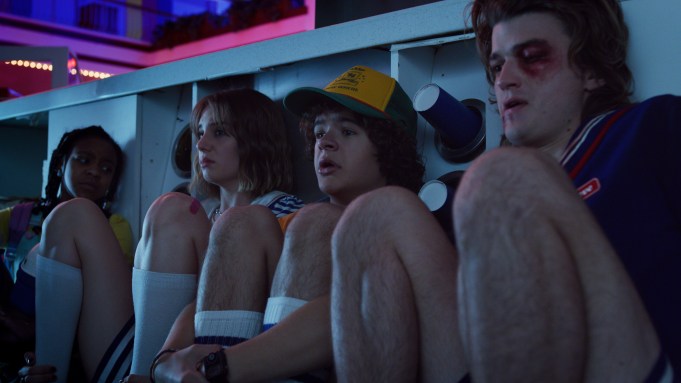 Stranger Things is heading into the Creel House, one of the creepy locations for its fourth season.

Netflix unveiled its latest trailer – the third (or fourth if you include the 30 second teaser) – for the show’s fourth season, which launches in 2022, at its fan event Tudum.

The Creel House is that of Victor Creel, played by Robert Englund, best known for playing Freddy Krueger in the A Nightmare on Elm Street franchise. Creel is described as a disturbed and intimidating man who is imprisoned in a psychiatric hospital for a gruesome murder in the 1950s.

The fourth season of the sci-fi series is also expected to see the return of David Harbour’s Hopper and Matthew Modine’s Dr. Martin Brenner as well as, of course, Eleven and the gang.

Stranger Things have had a long wait for season four; the third season launched in July 2019 but as a result of the pandemic, which shut down its production, it will air in 2022, having only been able to get back into production in September 2020.

At the end of Season 3, following the explosion aimed at destroying the Soviet lab to the Upside Down deep under the new Starcourt Mall, Joyce Byers (Winona Ryder) is seen taking her sons (Charlie Heaton, Noah Schnapp) and Eleven (Brown) out of the Indiana town to start a new life. There is a jump in geography in the final scene, which takes place in the far Eastern end of the USSR where guards are feeding a prisoner to an imprisoned Demogorgon, but “not the American.”