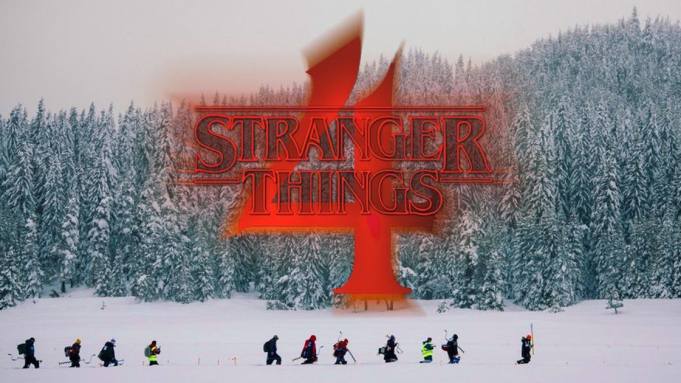 Eleven’s enjoying her sunny days in California in the latest teaser for Stranger Things Season 4.

On Saturday during its Stranger Things Day event, Netflix dropped a new look at the supernatural series’ upcoming season, which will drop sometime in 2022. The teaser features Eleven (Millie Bobby Brown) penning a letter to Mike (Finn Wolfhard) where she muses about finally getting used to a regular teenagers’ life. She goes on about enjoying school, even with its cliques and bullies, but says she’s ready for time off.

“I’m ready for spring break mostly because I get to see you,” Eleven tells her Hawkins-based friend. “We will have the best spring break ever.”

Right after her promise, flashes of dramatic scene fill the teaser. Footage of Eleven’s time at the Pink-O-Mania skating rink are spliced with scenes of violent raids, an epic explosion and more.

The teaser reveals the final location of Stranger Things Season 4, adding to the Creel House, which was teased at earlier in September.

Stranger Things has had a long wait for season four; the third season launched in July 2019 but as a result of the pandemic, which shut down its production, it will air in 2022, having only been able to get back into production in September 2020.

At the end of Season 3, following the explosion aimed at destroying the Soviet lab to the Upside Down deep under the new Starcourt Mall, Joyce Byers (Winona Ryder) is seen taking her sons (Charlie Heaton, Noah Schnapp) and Eleven (Brown) out of the Indiana town to start a new life. There is a jump in geography in the final scene, which takes place in the far Eastern end of the USSR where guards are feeding a prisoner to an imprisoned Demogorgon, but “not the American.”

Netflix hasn’t set a date yet for Stranger Things Season 4, but it’s worth noting that previous chapters of the Netflix dropped around the same time of year as the in-series events.