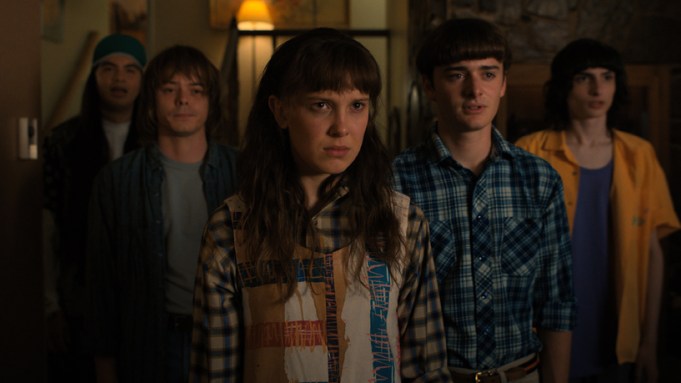 Netflix has dropped the final trailer for Stranger Things 4 ahead of Volume 1’s May 27 premiere. And in case you missed anything, the streamer also has released recaps for Seasons 1, 2 and 3 (see below).

Season 4 picks up six months since the Battle of Starcourt, which brought terror and destruction to Hawkins. Struggling with the aftermath, our group of friends are separated for the first time – and navigating the complexities of high school hasn’t made things any easier. In this most vulnerable time, a new and horrifying supernatural threat surfaces, presenting a gruesome mystery that, if solved, might finally put an end to the horrors of the Upside Down.

The first seven episodes of the nine-episode fourth season will drop on May 27 and the final two episodes will be released on July 1 as Volume 2.

Watch the final Season 4 trailer above.