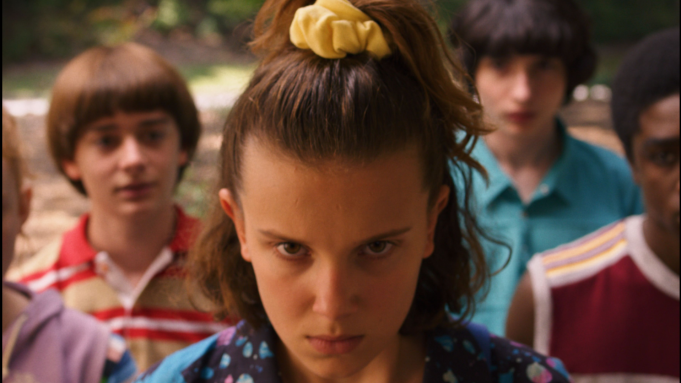 In the just-released trailer from Netflix it’s the Summer of 1985 and Stranger Things are afoot at The Gap in Hawkins, Indiana. The epic new promo for the Independence Day release of Stranger Things 3 is a reminder of how good the retro-spirited supernatural series is at Spielbergian thrills and custom Carpenter-ed chills.

The eight-episode Season 3 picks up with the precocious youths of Hawkins as a confluence of threats both old and new threaten their friendships and endanger their lives.

The synopsis: “It’s 1985 in Hawkins, Indiana, and summer’s heating up. School’s out, there’s a brand new mall in town, and the Hawkins crew are on the cusp of adulthood. Romance blossoms and complicates the group’s dynamic, and they’ll have to figure out how to grow up without growing apart. Meanwhile, danger looms. When the town’s threatened by enemies old and new, Eleven and her friends are reminded that evil never ends; it evolves. Now they’ll have to band together to survive, and remember that friendship is always stronger than fear.”

The time setting of Stranger Things 3 synchs up with the Summer of McFly. The Robert Zemeckis-directed  Back to the Future opened in theaters for the Fourth of July weekend in 1985 (and included memorable scenes of peril at the Twin PInes Mall, a Reagan Era role model for the Starcourt Mall of Hawkins).