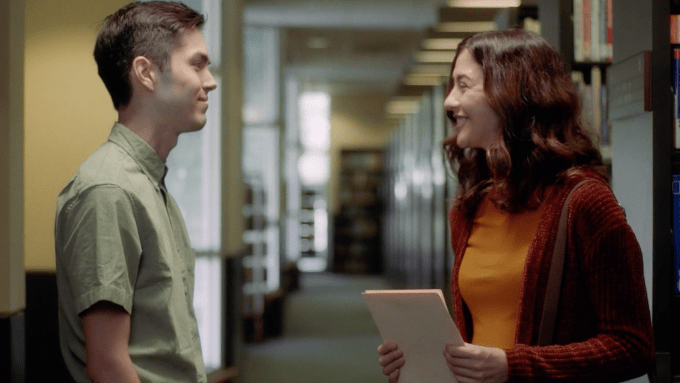 EXCLUSIVE: Who says you have to touch one another in order to feel love? In James Sweeney’s feature film debut, Straight Up, he questions if love can last when it’s all talk and no touch — and the exclusive clip above shows that there is a lot of talking in this film…a lot. But it’s sharp, witty and funny.

The film, which is set to premiere at Frameline in San Francisco and make its Los Angeles premiere in July, stars Sweeney as Todd, a persnickety half-virgin diagnosed with OCD who thinks maybe he was socially conditioned to be gay. Rory (How To Get Away With Murder‘s Katie Findlay) is a whip-smart aspiring actress with her own set of insecurities, sexual and otherwise. Over time, Rory’s stagnant career and Todd’s self-doubt begins to dismantle their odd couple routine, despite their unwillingness to let each other go.