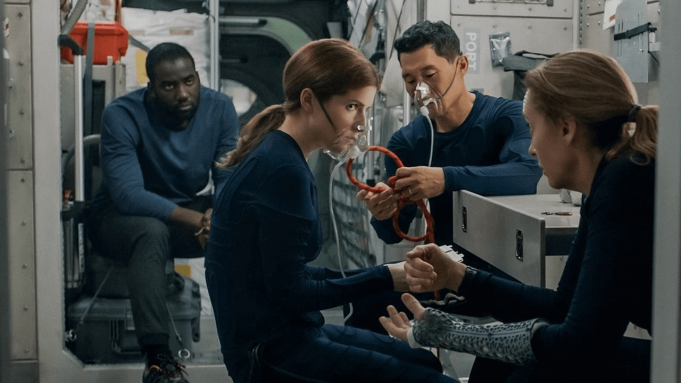 In the Joe Penna-directed feature, an unintended stowaway accidentally causes severe damage to a spaceship’s life support systems on a mission headed to Mars. Facing dwindling resources and a potentially fatal outcome, the crew is forced to make an impossible decision.

Penna and Ryan Morrison scripted. Lift-off is scheduled for April 22 on Netflix in most markets.

We first broke news of the streamer’s acquisition of the film and had background on the deal.

The film was shot in Germany at Bavaria Studios in Munich and at MMC Studios in Cologne, with VFX handled by RISE Visual Effects Studios.

It marks the second feature from Penna and co-writer Morrison, the duo behind 2018 Mads Mikkelsen survival thriller Arctic, which debuted at Cannes.