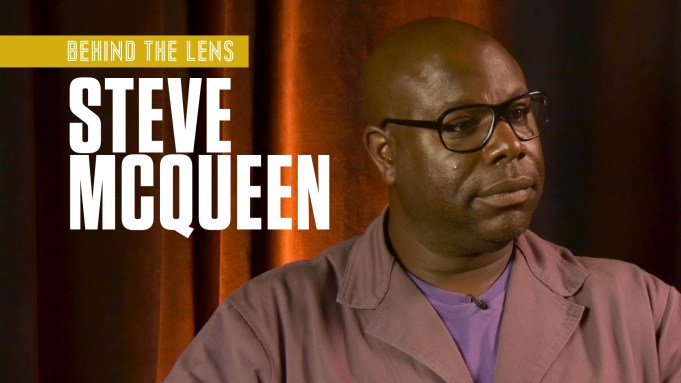 Oscar-winning producer, director and writer Steve McQueen joined me recently at our Deadline studios for the latest edition of my video series Behind the Lens, which explores the story behind the making of current awards contenders. McQueen certainly knows his way around awards, having won the Best Picture Oscar for his most recent film, 12 Years a Slave, five years ago, and having made other acclaimed indie films like Hunger and Shame.

In each of those movies he had cast Michael Fassbender but not this time, as his latest is very different in his ouerve. Widows focuses on the efforts of four very disparate women who try to pull off a heist and complete a job their late husbands failed to do. Viola Davis, Elizabeth Debicki, Cynthia Erivo and Michelle Rodriguez star in a project that represents a move by McQueen to reach a bigger audience, the audience that the movie is actually about. That means he has gone genre with this in some sense, but as he explains in our talk there is so much more on his mind.

In our sit-down he discusses his inspiration for Widows — the 1983 British miniseries that has stayed with him for 35 years, and with which he deeply identified in some ways. Ultimately it is about grief, but also about how our social backgrounds should not keep us apart, and he even mentions how the current #MeToo movement is in itself what he is trying to show in this movie in a way. For McQueen though, whatever the genre or type of film, it is always about story.