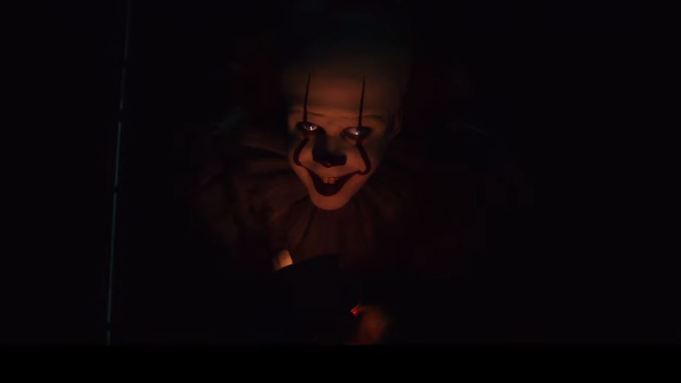 New Line Cinema and director Andy Muschietti made Hollywood history in 2017 with the first installment of their adaptation of Stephen King’s bookshelf bestseller It and now the first trailer has landed for the highly anticipated sequel, which brings Pennywise the Dancing Clown back to theaters on Sept. 6. click on the image above to watch the teaser.

That date puts the sequel in the same post-Labor Day frame that the first film exploited to the tune of $123.4M domestic opening — nothing less than the best September that had ever seen. The R-rated movie went on to surpass $700 million globally to overtake The Exorcist to become the highest-grossing horror film in history. The numbers are all the more impressive when you consider the film’s lean budget of $35M.

The sequel focuses on the Loser’s Club, 27 years later, when they’ve grown up and apart. But then a devastating phone call brings them back and signals the return of the malevolent entity called Pennywise, who is the least funny clown since the Joker brought his punchlines to Gotham City.

King’s massive novel (clocking in at 1,100-plus pages, it was brick-shaped in paperback form) is a coming-of-age story like no other. The story (which was also adapted as a 1990 two-part TV mini-series) centers on a group of friends who encounter a supernatural entity that preys on children in their hometown of Derry, Maine, often by luring them down into storm drains. The young collective survive their encounter with shape-shifting Pennywise and take a blood oath to return to Derry if the killings ever start again. That’s exactly what happens in the sequel.

The sequel presents the adult version of the Loser’s Club: James McAvoy as Bill, Jessica Chastain as Beverly,  Bill Hader as Richie, James Ransone as Eddie, Andy Bean as Stanley, Jay Ryan as Ben, and Isaiah Mustafa as Mike.

Bill Skarsgard returns as Pennywise. Barbara Muschietti, Roy Lee and Dan Lin are producing from the screenplay by Gary Dauberman adapting the novel by King.