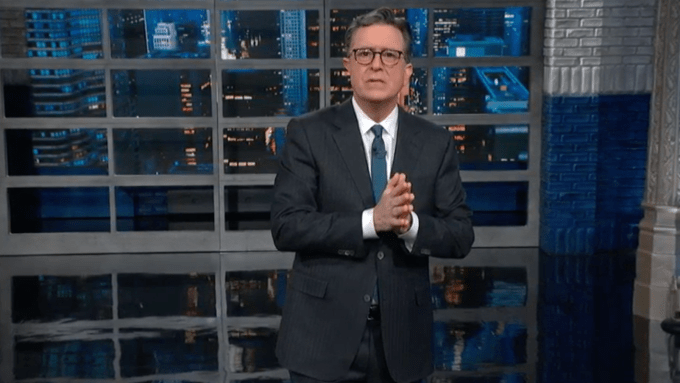 Tonight on the Late Show With Stephen Colbert, he talks about the concerns with the 2022 Beijing winter Olympics.

The Tokyo summer Olympics took place this summer so it seems rather quick to have another Olympic event six months after another just took place.

He further elaborates on this concept using Football Quarterback Tom Brady as a reference.

While winter sports fans may be looking forward to the Olympic event, don’t expect any American diplomats to be in attendance due to China’s human rights atrocities against the Uyghurs ethnic group.

“But who will compete in the four-man ambassador bob-sled,” the host injects.

Now Colbert agrees with the actions President Joe Biden is taking against China as he believes boundaries need to be established. This statement gears him up for his next response:

“With that in mind, I would like to announce tonight that CBS will be the official network of NOT watching the Olympic games. You gotta take a stand!”