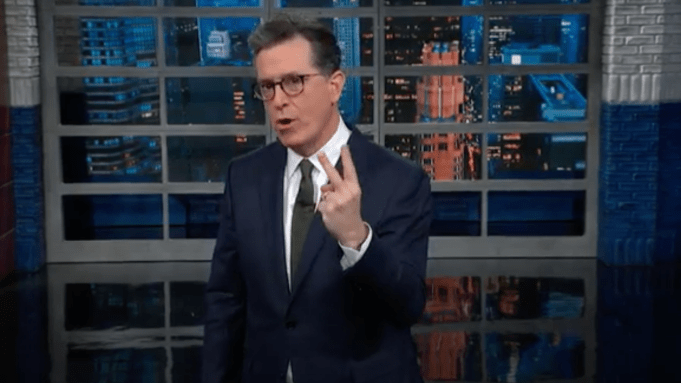 Tonight on the Late Show With Stephen Colbert, discusses the Jan. 6 capitol insurrection and those involved.

The house select committee on Jan. 6 is conducting a focused investigation with the former White House Chief of Staff, Mark Meadows, who is being questioned on the level of his participation in the riot.

At first Meadows agreed to cooperate with the committee but now he backtracking and they have threatened him with contempt charges. Colbert then talks about the proper punishment for a man like Meadows.

Although, I’m not entirely sure how congress punishes you, whether it’s a year in jail, or worse, a year of watching C-Span. Remember their slogan, C-SPAN it’s toilet wine for your eyes.”

Meadows went on Fox news to vent his frustrations, and in a clip with the network he mentions how this is the committee’s continued attempt to go after Donald Trump, to which the Late Show host responds with, Yeah, so, shit!”

In the heat of the action on Jan 6, Meadows received a message from Donald Trump Jr. who tried to get his father out of the fray to save his image by stating that former President Donald Trump needed an office address.

Colbert surmises what this mean about former President Trump.