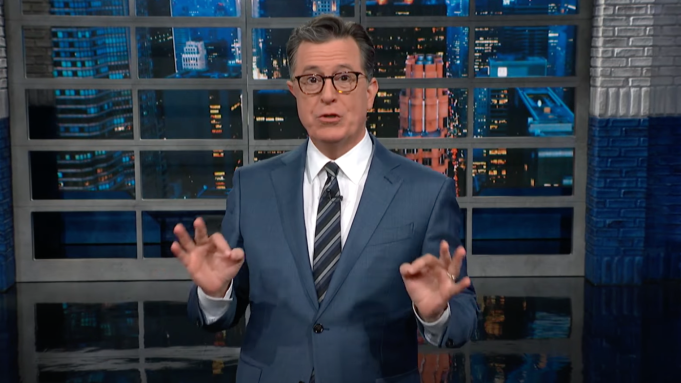 On tonight’s episode of CBS’ Late Show, Stephen Colbert talked about elections. While elections are going on across the country, he focused the New York City Mayoral race specifically by starting with a jab at NYC’s current Mayor, Bill DeBlasio.

“Here in New York, the mayoral election voters will get to replace bill de Blasio with their favorite option. Anyone else.”

New York City has two major choices to choose from, Democratic front runner Eric Adams, and Republican front runner Curtis Sliwa, and at the time of taping The Late Show (5pm), the results of the race weren’t available.  However, from the scores at that time, it was easy for the host to surmise that Adams is the winner.

The numbers didn’t stop Sliwa from going to the polls and carrying a kitten with him for publicity.

“Election workers would not let the cat in, but it is cute. It reminded me of one where Bloomberg went to the polls, riding on the back of a mouse.”

Watch the open monologue above.