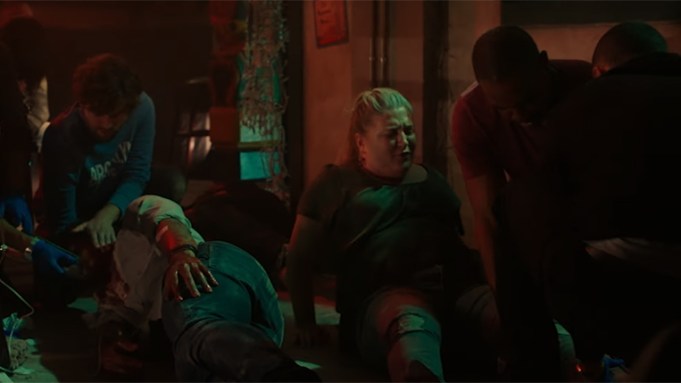 We’re getting the first look at this season’s first crossover event for ABC’s Station 19 and Grey’s Anatomy.

To find what happens following tonight’s fall finale of Grey’s Anatomy, viewers will have to turn into the Season 3 premiere of firefighter drama Station 19 in January. The two-hour crossover event kicks off at 8 PM on January 23 with Station 19, followed by Grey’s Anatomy at 9 PM in their new winter time slots.

“It felt very organic to launch the premiere of Station 19 off this incident that happens on Grey’s Anatomy,” Krista Vernoff, who is showrunning both series, told Deadline. “We often do catastrophes or disasters in the season finale of Grey’s Anatomy, and it felt organic to do that and then allow the Station 19 first responders to be on the scene when we come back in January. There is an incident at the end of the Grey’s episode that requires you to come back in January at 8 PM to see how the first responders handle it.”