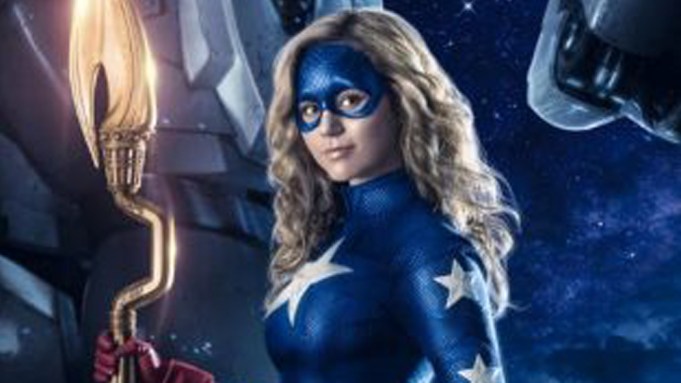 Gleaming with both potential and high-polish production values, the first trailer for Stargirl is a strong indicator that the next major small-screen superhero from DC Comics is about to arrive. Brec Bassinger (of Nickelodeon’s Bella & the Bulldogs) is playing the title role when Stargirl premieres as a series next year but she also gets an early chance to shine with an appearance in the “Crisis on Infinite Earths” crossover event that is already underway on the CW (and represents nothing less than the biggest confluence of costumed heroes in the genre’s 67-year history of live-action television).

Stargirl the series will arrive in Q2 of 2020 from the Warner Bros. Television-based Berlanti Prodcutions and under the banner of DC Universe, the digital subscription initiative that was underway before the announcement of HBO Max, WarnerMedia’s forthcoming streaming service.

Stargirl  will be the first original DC Universe series to air on linear television. The upcoming superhero drama has landed an exclusive linear window on The CW as well and will also play on the network’s non-linear platforms following its DC Universe episodic premieres.

The drama follows high school sophomore Courtney Whitmore as she inspires an unlikely group of young heroes to stop the villains of the past. This new drama reimagines DC Comics characters Stargirl and the original superhero team, the Justice Society of America, in new ways in an unpredictable series with generational themes and spirited adventure.

Stargirl’s early challenge is establish an individual identity in the face superhero saturation in the marketplace. To Marvel partisans, Stargirl sounds like Captain Marvel and dresses like Captain America while a genre newcomer might confuse her with Starfire (from DC Universe’s Titans series) or Starlight (from Amazon’s The Boys). Adding to the confusion here’s also a new Disney+ series called Stargirl (which is about a teen who shines as a singer).

The stellar trailer suggests that Stargirl won’t have a problem carving out its own chunk of the pop culture skyways. Greg Berlanti, Geoff Johns, Sarah Schechter and Melissa Carter are executive producers of Stargirl, which is based on the DC character created by Johns. The series is produced by Berlanti Productions and Mad Ghost Productions in association with Warner Bros. Television. Johns is writing the first episode and will serve as showrunner. No official release date has been announced.