Continue to Deadline SKIP AD
You will be redirected back to your article in seconds
Skip to main content
November 24, 2019 6:51pm 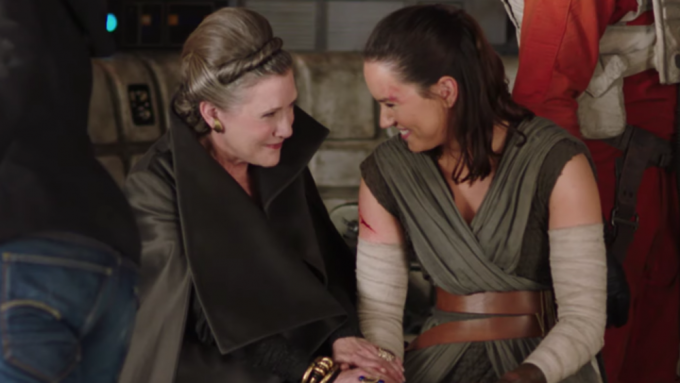 We are a little under a month away before one of the most iconic space sagas concludes with Star Wars: The Rise of Skywalker. During the American Music Awards, a new featurette was released and gave an emotional look at how the franchise George Lucas started in 1977 has impacted pop culture and the world.

In under three minutes, the featurette encapsulates four decades of the franchise, leaving no stone unturned and featuring everything from A New Hope to the shots of the prequels with Natalie Portman and Ewan McGregor to surprise appearances that we could see in The Rise of Skywalker (yes, that was Lin-Manuel Miranda) to heartfelt shots of the late Carrie Fisher and Peter Mayhew.

The video also shows exactly how Star Wars has been in the cultural zeitgeist, showing clips and spoofs from The Simpsons, Family Guy, How I Met Your Mother, black-ish, Key and Peele and, of course, Mel Brooks’ Spaceballs.

Watch the featurette above.