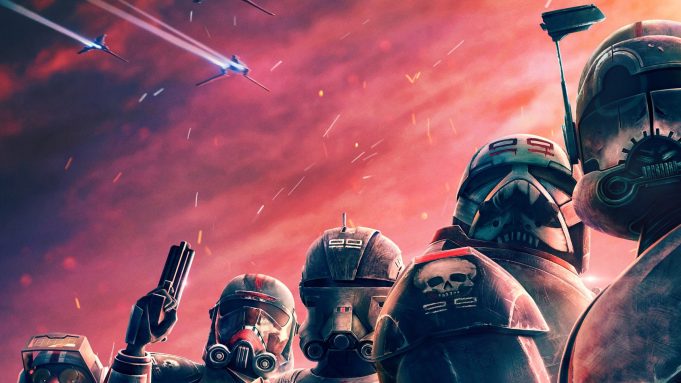 Famed Imperial baddie Grand Moff Tarkin got a CGI rendering in the live-action prequel Rogue One: A Star Wars Story, and his animated form lives on Disney+’s upcoming animated series from franchise maestro Dave Filoni in Star Wars: The Bad Batch, which debuts on Tuesday, May the 4th, with a 70-minute premiere followed by new episodes every Friday starting on May 7.

“I want Clone Force 99, found and wiped out,” Tarkin declares in today’s trailer drop. What’s he talking about? Well, the series follows a group of elite and experimental clones of the Bad Batch, who were first introduced in The Clone Wars, as they find their way in a rapidly changing galaxy in the immediate aftermath of the Clone War. Members of Bad Batch—a unique squad of clones who vary genetically from their brothers in the Clone Army—each possess a singular exceptional skill that makes them extraordinarily effective soldiers and a formidable crew. We meet the guys here: Hunter, Echo, Tick, Ricket and Crosshair. And despite being “bad,” they’re kid-friendly, evident in how they decide to take a tyke on an adventure with them.

Disney+ also dropped the key art for the show, which you can see below: