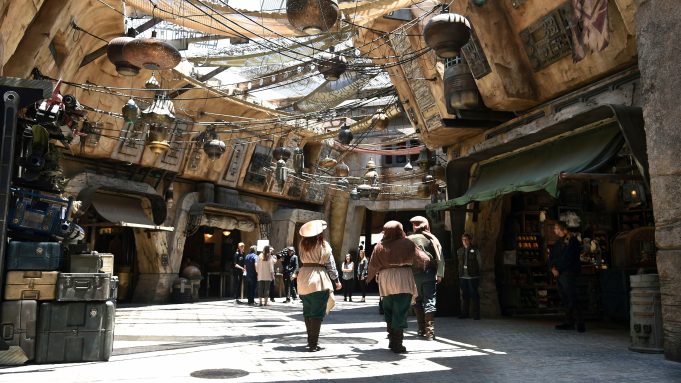 Star Wars: Galaxy’s Edge is having its world premiere at Disneyland tonight, capping a day in which selected members of media were fully immersed in Disney’s Force. CEO Bob Iger is set to be on hand for a special dedication of the newest land along with likely special surprise guests — possibly from the Star Wars universe – as part of the ceremony slated to begin at 8:20 PM PT.

The media preview for Galaxy’s Edge began on Tuesday and will last through tomorrow before it officially being opened to the public May 31. The new 14-acre world includes an immersive land that is all in the Star Wars canon, including the interactive “Millennium Falcon: Smuggler’s Run” ride.

Still, if you want to experience Galaxy’s Edge before June 23, you will need a reservation, which are no longer available. It will be fully open after that.

Check out the livestream above.