Continue to Deadline SKIP AD
You will be redirected back to your article in seconds
Skip to main content
July 21, 2020 9:54am 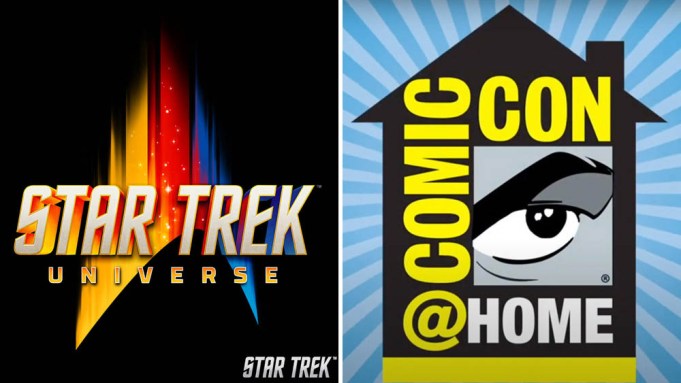 EXCLUSIVE: Star Trek has always been about bringing people together and that’s exactly what the Gene Roddenberry-created franchise plans to do at Comic-Con@Home this week.

With appearances from Star Trek: Discovery, the soon to debut animated Star Trek: Lower Decks and Star Trek: Picard, CBS All Access’ ever expanding Trekverse helps kick off the virtual confab this week with a mega-panel (moderated by me) hitting the Internet at 10 AM PST on July 23 – and you can get a glimpse of the table reads, sneak peeks and a roundtable with Sir Patrick Stewart and the cast of Picard by watching the video above.

Then it is over to the August 6 launching Lower Decks, as showrunner Mike McMahan leads us into the world of the bottom tier characters of the U.S.S Cerritos. Which means Ensign Beckett Mariner, voiced by Tawny Newsome, Ensign Brad Boimler, voiced by Jack Quaid, Ensign Tendi, voiced by Noël Wells, and Ensign Rutherford, voiced by Eugene Cordero, as well as the ship’s bridge crew including Captain Carol Freeman, voiced by Dawnn Lewis, Commander Jack Ransom, voiced by Jerry O’Connell, Lieutenant Shaxs, voiced by Fred Tatasciore, and Doctor T’Ana, voiced by Gillian Vigman.

After a triumphant SDCC inauguration last year in Hall H, Star Trek: Picard is back this year virtually.

Moving towards a second season in 2021, the knight of the realm is joined by castmates Alison Pill (Dr. Agnes Jurati), Isa Briones (Dahj/Soji), Evan Evagora (Elnor), Michelle Hurd (Raffi Musiker), and Santiago Cabrera (Cristobal Rios) in a riotous panel. Taking some fan questions too, special guest stars Brent Spiner (Data/Dr. Soong), Jonathan Del Arco (Hugh), Marina Sirtis (Deanna Troi), and the Season 2 returning Jeri Ryan (Seven of Nine) will be on the panel as well – along with Jonathan Frakes, who not only swooped back as William Riker, but directed part of the first season of Picard too.

So check out the Trekverse teaser above and see you later this week for Comic-Con@Home, which Deadline will be comprehensively covering.

For your calendars, Comic-Con@Home runs from July 22-26.