Continue to Deadline SKIP AD
You will be redirected back to your article in seconds
Skip to main content
July 23, 2021 10:53am
2Comments 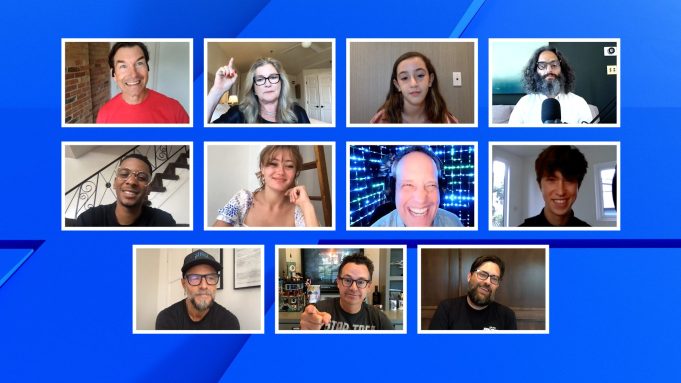 The former animated series debuts in the U.S. this fall; the latter returns to the streamer on August 12.

Prodigy is the first Star Trek series aimed at younger audiences. It will follow a motley crew of young aliens who must figure out how to work together while navigating a greater galaxy, in search of a better future. When the show kicks off, the six young outcasts know nothing about the starship they’ve commandeered, of which the trailer provides a glimpse. But over the course of their adventures together, each will be introduced to Starfleet, and the ideals it represents.

Star Trek: Lower Decks was developed by Mike McMahan. The half-hour comedy series centers on the support crew on the U.S.S. Cerritos, one of Starfleet’s least important ships. Its second season will be “bigger” and “funnier”, with an enjoyable mix of “silly” and “serious” Trek, per McMahan. “It’s just a blast,” he said. Fans can expect strange new (and familiar) aliens to challenge the crews of the U.S.S. Cerritos and the U.S.S. Titan.

Paramount+’s new Star Trek trailers were first shared today during the streamer’s “Peak” Animation block at Comic-Con@Home, which also touched on its upcoming animated series The Harper House, and its satirical news program Stephen Colbert Presents Tooning Out the News.

To check out the first teaser for Star Trek: Prodigy, click above. For a look at the new season of Star Trek: Lower Decks, click below.