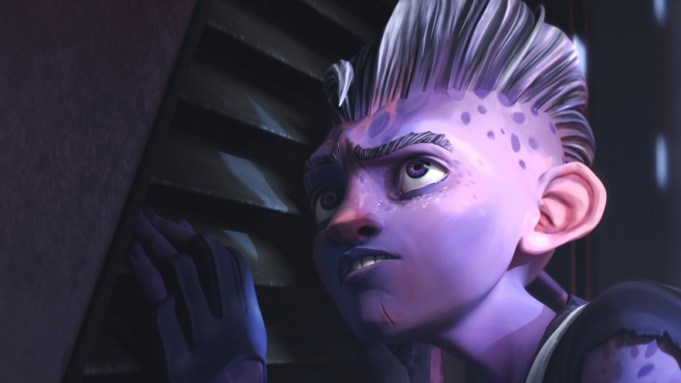 Kate Mulgrew and Bretty Gray are giving Trekkies one more thing to celebrate on Star Trek Day— the trailer release for their upcoming animated series Prodigy above. The animated series premieres Thursday, Oct. 28 on Paramount+ in the U.S. with a one-hour premiere episode.

In Star Trek: Prodigy, Mulgrew will portray a character she’s very familiar with, Katheryn Janeway in hologram form, and On My Block star, Gray, voices Dal, a purple 17-year-old that is full of hope.

Other voice cast and the roles they’ll voice include Ella Purnell as Gwyn, Angus Imrie as Zero, Rylee Alazraqui as Rok-Tahk, Dee Bradley Baker as Murf, and Jason Mantzoukas as Jankom Pog.

Star Trek: Prodigy follows Hologram Janeway as she joins a motley crew of young aliens who must figure out how to work together while navigating a greater galaxy, in search of a better future. These six young outcasts know nothing about the ship they have commandeered —a first in the history of the Star Trek franchise —but over the course of their adventures together, they will each be introduced to Starfleet and the ideals it represents.