Continue to Deadline SKIP AD
You will be redirected back to your article in seconds
Skip to main content
June 8, 2020 9:10am
2Comments 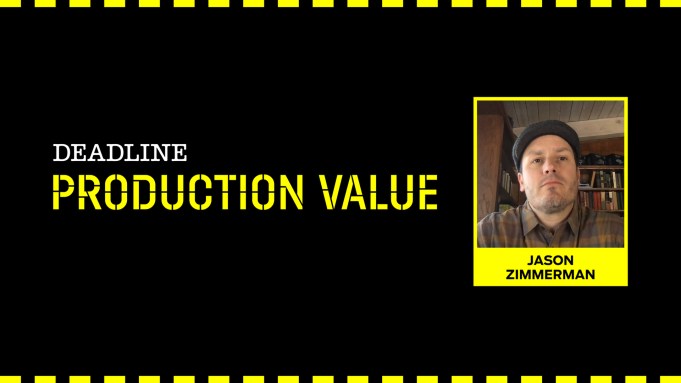 Over the last few years, visual effects supervisor Jason Zimmerman has had the privilege of working within the Star Trek universe, exploring and visually rendering new facets of a universe first established in 1969.

Created by Akiva Goldsman, Michael Chabon, Kirsten Beyer and Alex Kurtzman, the CBS All Access series picks up 14 years after the retirement of Starfleet captain Jean-Luc Picard. While living in peace on his vineyard, Picard is sought out by a mysterious young woman named Dahj, and is quickly pulled back into interstellar action.

Coming onto Picard, the VFX Supervisor was excited to mine new creative territory. “From a visual effects perspective, what was appealing about Picard was, it is different, stylistically, than Discovery,” he says, in the latest installment of Deadline’s Production Value video series. “I was also really excited to be able to stretch our legs, as a visual effects team, and try different things out.”

For Zimmerman, one of the most enjoyable facets of his work on the series has been the worldbuilding involved. In sweeping wide shots, he’s worked to establish such planets as Freecloud and Vergessen, while depicting parts of the Earth—including Okinawa and “Greater Boston”—as they exist at the end of the 24th century. “We had a lot to do, and probably a little bit more than we do in Discovery. So, it was kind of nice to do the set extension portion of things, and to try different approaches,” Zimmerman says. “Fortunately for us, the art department starts us off on a great foot with their concept art and reference drawings. Then, we just set about finding the right sort of location for a plate that we could shoot it on, and started adding the CG elements in there.”

Crafting each environment for the series required a great deal of layering. “I think you first sort of establish the basic geometry and layout of the city, or the location that you’re shooting,” Zimmerman says. “Then, you start to go in and dress things to camera, like sky traffic shuttles, holograms, to sort of flesh the world out and make it feel scope-y.”

Of course, on any series set in outer space, depicting the visual qualities of scale, scope and distance is a major challenge to overcome. For Zimmerman, the challenge is best illustrated with reference to the Borg cube, a starship controlled by the Borg collective, which features heavily in Picard. “With the cube, it’s such a gigantic thing, and when you’re in space, it’s always a challenge to show scope and scale,” he says, “because unless you show an iteration of things next to the cube, you really don’t have a reference point, as to how big it is.”

While working on Picard, and all Star Trek series, another essential challenge is to maintain an awareness of canon at all times, working within the constraints of an established universe, while aiming to break new ground. “Working with these canon things, like the [Starship] Enterprise and the Borg cube, it’s always a little bit daunting to be responsible for something that’s so revered, [that’s] been depicted so many times, so what you definitely don’t want to do is go back and start from scratch,” Zimmerman says. “You have probably the best amount of research and reference humanly possible for any show, so you definitely start there, and want to make sure that you don’t do anything that doesn’t make any sense.

“That’s, for us, a very important part of the process,” he adds, “doing our research and checking with everybody who knows the Star Trek universe, to ensure that we’re actually treating these things appropriately.”

With almost 20 years of experience under his belt, Zimmerman feels there is no better time than the present to be working in visual effects. “We do things like spaceships and dinosaurs, and robots and monsters, and how can you complain about that job?” he says. “I mean, it’s very stressful, and there are difficult times, like there are with any job. But I’m working on Star Trek, on one of the biggest franchises in TV history, doing visual effects, which is what I wanted to do for a job. So, I would be a fool to do anything but be very grateful for where I’m at.”

For more from our conversation with Zimmerman, who also serves as a Supervising Producer on Picard, take a look at the video above.