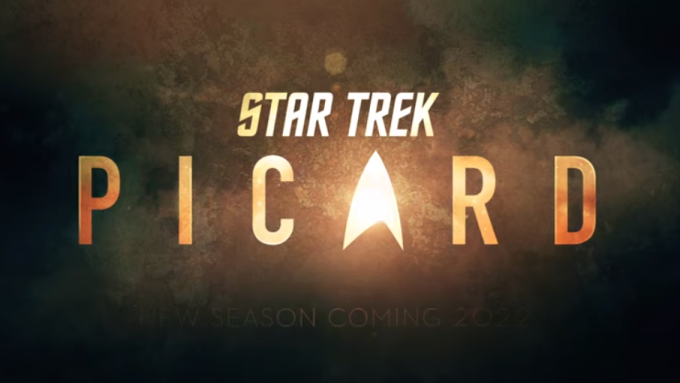 Time is inescapable in the Star Trek: Picard Season 2 trailer.

“Time can turn even our most impulsive, our most ill-considered actions into history,” he says. “What we do in a crisis often weights upon us less heavily than what we wish we had done – what could have been. Time offers so many opportunities but never second chances.”

Stewart’s protagonist speaks over a sprawling look inside an office adorned with paintings and figurines of the Starship Enterprise, artwork of the Starfleet insignia and an hourglass that seems to move in reverse.

The teaser takes a sinister twist as the music shifts from an inspirational rendition of the franchise’s theme to an eerie tone and as a playing card, a queen of hearts, disintegrates into thin air – only leaving behind the the letter “Q.”

“The trial never ends,” a mysterious voice says before breaking into an ominous laugh.

Talk about a never-ending trial combined with “Q” can only lead to one character, John de Lancie’s Q, who will appear in Season 2 of Star Trek: Picard when it returns to Paramount+ in 2022. De Lancie, who first played the mysterious antihero in Star Trek: The Next Generation and most recently on Star Trek: Lower Decks, confirmed during the panel that he will reprise his role.