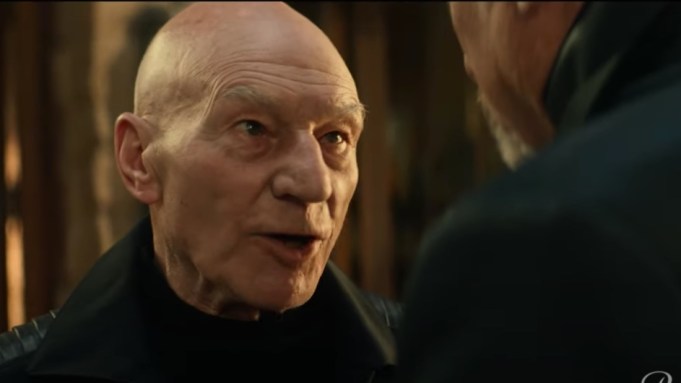 “We have three days before the future is changed irrevocably,” Star Trek: Picard’s Patrick Stewart proclaims in the telling and time-jumping latest look at Season 2 of the Paramount+ series.

However, the future was on display in more ways than one this Star Trek Day for Jean-Luc as the newest Picard trailer (watch it above) revealed that the show will be launching its second season in February.

If that wasn’t enough for loyal fans of the former U.S.S. Enterprise captain, today’s Star Trek Day news also included that Picard will be back for a third season.

Unveiled Wednesday in the series’ Star Trek Day slot, Season 3 of Picard is expected to hit the ViacomCBS streamer in early 2023. Knight of the realm Stewart was not at the now-annual Trekverse shindig for the live panel this evening from LA’s Skirball Cultural Center. However, with apologies for his absence, Picard co-star and Seven of Nine herself Jeri Ryan took the stage to unveil the new trailer.

In a seemingly sprawling 10-episode Season 2 that sees Picard and his crewmates view a totalitarian future and leap back to a 21st century City of Angels to make things right, the trailer that dropped Wednesday had a few more intimate peeks too. There was more of the return of John de Lancie’s Q and a first look at Annie Wersching as the Borg Queen. The latter Bosch alum was announced as an addition to Picard just a few days ago.

In addition to Stewart and Ryan, Picard Season 2 sees Alison Pill, Isa Briones, Evan Evagora, Michelle Hurd, Santiago Cabrera, Orla Brady and Brent Spiner back in the fold and the days of future past.

Star Trek: Picard is produced by CBS Studios in association with Secret Hideout and Roddenberry Entertainment.