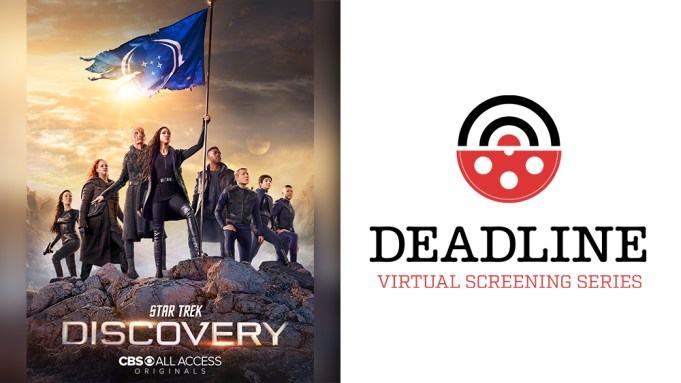 “Honor is something I think about a lot,” says Star Trek Discovery’s Sonequa Martin-Green of the recently conclude third season of the CBS All Access. “Honor. Truth. Hope. Love.”

“I’ll just speak for myself, it’s something I definitely think a lot about, especially blessed to tell the story right now, while things are the way that they are and also why things are always the way they’ve been,” the actor who portrays now Captain Michael Burnham added with typical candor.

Martin-Green joined Discovery executive producers and showrunners Alex Kurtzman and Michelle Paradise recently for our Deadline Virtual Screening Series – as you can see in the video above. The January 28 event played the action packed :That Hope Is You, Part 2″ Season 3 finale, that was penned by Paradise.

It was a finale and in a season where Discovery cut loose from Star Trek canon and pushed the series and the franchise to new lengths, on many levels. It was also a finale that made some history for the Gene Roddenberry created Trekverse

“You know, to have a woman of color as the captain of a show is a long time coming and it should have happened a long time ago,” Kurtzman said of the promotion of the Martin-Green played Burnham. “

“I think about the young girls and boys,” Martin-Green stated “I just think about what it represents.”

“Just cause she’s in the chair doesn’t mean that her journey’s over, it’s actually a brand new journey is really beginning for her,” EP Kurtzman teased.

With no small emphasis on that barrier breaking new captain, in other aspects of our Discovery chat, Paradise gave a special shout-out to the post-production staff, who saw the season and the finale to its very high production value end. Despite the limitations imposed by the lockdowns and other hindrances imposed on the team, technical and otherwise, they got it done.

To see the results of those efforts, check out Star Trek Discovery on CBS All Access. And to see our conversation about the enterprising series, as we said, click on the video above.