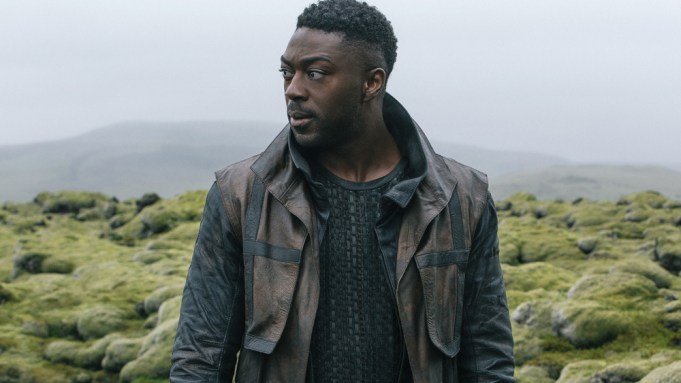 The Season 3 trailer for Star Trek: Discovery was unveiled at New York Comic Con and a slate of new Star Trek: Short Treks mini-movies were announced, including one that is available today on the CBS All-Access subscription streaming service that is the platform home to Starfleet franchises.

Star Trek: Discovery star Sonequa Martin-Green introduced the teaser trailer above to fans at Madison Square Garden. Next year’s Season 3 will find the crew flung 930 years into the far-future and faced with the prospect of never returning to the time period they know.

“When we jump to this future that we don’t know of, that’s full of uncertainty,” Martin-Green said. “We have to grapple with how that’s going to affect how we see ourselves. Sometimes it’s ugly, and sometimes it’s hurtful, but duty calls.”

Official synopsis from the producers: “After making the jump in the second season finale, season three of STAR TREK: DISCOVERY finds the U.S.S. Discovery crew dropping out of the wormhole and into an unknown future far from the home they once knew. Now living in a time filled with uncertainty, the U.S.S. Discovery crew, along with the help of some new friends, must together fight to regain a hopeful future.”

Alex Kurtzman, the overlord for the full armada of Starfleet franchises, also announced a second slate of mini-movies in the Star Trek: Short Treks series. The first, written by Pultizer Prize-winning author Michael Chabon and directed by Mark Pellington, “Q&A” follows Ensign Spock’s (Ethan Peck) first day aboard the U.S.S. Enterprise, which doesn’t go as planned when he and Number One (Rebecca Romijn) are unexpectedly stuck in a turbo-lift (a.k.a. an elevator).

Short Treks are 10-15 minutes long and available through CBA All Access only. The titles and release schedule as announced by Kurtzman: “The Trouble with Edward” on Oct. 10; “Ask Not” on Nov. 14
“The Girl Who Made the Stars” on Dec. 12; “Ephraim and Dot” on Dec. 12; and “Children of Mars” on Jan. 9