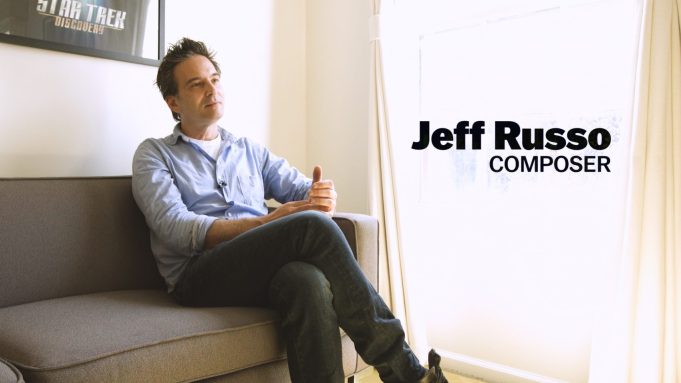 An Emmy winner and three-time nominee, Jeff Russo prizes emotional authenticity in his work above all else. One of the busiest composers working in television today, Russo has always gravitated toward certain kinds of stories—ones that are “told from the heart,” whatever their genre may be.

Appearing on Production Value to discuss two of his 2019 awards contenders, Star Trek: Discovery (CBS All Access) and The Umbrella Academy (Netflix), Russo spoke in depth about his craft, and the thinking that informs his work.

Starting out on any project, Russo reads the script, and begins sketching out thematic ideas—music that taps into a feeling, a character, or the meaning he finds in the story. Oftentimes, he finds, music is most effective when it’s devised as a counterpoint, bringing out different emotional layers within a story, rather than simply mirroring what’s happening on screen. “I never like to be totally on the nose with something,” the composer reflects. “Generally speaking, I like drama—things that have drama, but feel real.”

To Russo, there is nothing more real or more affecting than the sound of the human voice, “something created by an actual beating heart,” which he frequently incorporates into his work. “I’m always wanting to put elements [like that] into a score,” the composer shares. “Because it makes it feel more grounded and connected to me.”

With series like Star Trek: Discovery, it can be particularly challenging to stay grounded, as heavy action unfolds. On these projects, it’s important to let the story tell itself, and allow the stakes to show up on screen. “I don’t like to tell an audience member how high the stakes actually are,” Russo explains. “Because if you’re not getting it on screen, then I feel like we’re faking it.”

This year, the composer has several other series up for awards consideration, including Counterpart and The Act. For Russo, who has a handful of projects in motion at any one time, it’s impossible to forget that the ability to write music for a living is “the gift of all gifts.”

“I like a challenge; I do enjoy a good puzzle,” the composer says, of the aspects of his job that appeal to him the most. “I dig trying to get connected emotionally to characters, and [telling] stories with melodies.”

For more from our conversation with Russo, click above.