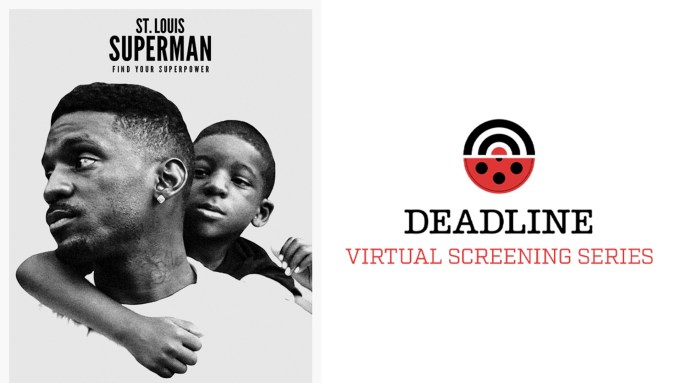 St. Louis Superman got nominated for an Oscar, now it is going for an Emmy in the same year.

Nominated for Best Documentary Short Subject at the 2020 Academy Awards, the short from MTV Documentary Films and Al Jazeera Witness, as well as being the first project brought to MTV by former HBO Documentary Films veteran Sheila Nevins focuses on the unique story of former State Representative Bruce Franks Jr, a community activist, father , and battle rapper. It is an inspiring, and sometimes sobering portrait of an African American man determined to make a difference after the 2014 events of Ferguson , Missouri led him to start mentoring youth by giving guidance  and support to those in need.  His work as the Police  Community Liaison gave him access to try and effect real  conversation and police reform efforts, and his rise to elected office  saw him secure  $6 million dollars for the summer jobs program right off the bat. He is a man who made a difference, but as the film shows in a packed 27 minutes there was much more to do when he walked away from that office to focus on his depression, frustration, family, and where the rest of his life will take him.  Now , in light of events ever since the death of George Floyd at the hands of the police this film has become even more timely, more important, more prescient than even earlier this year when it was up for an Oscar.

Directors  Sami Khan and Smriti Mundhra participated in  our Deadline Virtual Screening Series on Wednesday , engaging in a conversation with me about the film , and its aftermath.  Franks was scheduled to appear but was not feeling well, and as Mundhra revealed was dealing with the fact of his cousin being killed just three days earlier, a young man with a family in St. Louis, and a sad sign of the times we are living in.  For Mundhra though the continuing journey of this film is still an important one. “I mean, as documentary filmmakers, there are rare moments where you feel like you just found it. There are rare instances where you feel like you just know, that instinct, that filmmaking instinct, that storytelling instinct comes alive. When we first were pursuing Bruce, the article that I read was a profile about his election,  his journey from activism into politics and his election that he won in 2016. It was like a retrospective, a profile,  so there was no clear idea about what the story was going to be, what the vision was going to be. There was just what we knew was an incredibly charismatic, compelling, interesting person at the heart of this, and we felt confident  that there was a deeper story there to tell, ” she said in relating the trajectory of how it first came to be, and to evolve, as they saw the toll his community work was taking on him . That was the germ of what their film became.

“Bruce is doing really well, he’s made the decision, a brave decision to resign from elected office and focus on his mental health and his physical health, and he’s done great in the last year since then, but you know, the world around all of us is the world around all of us, and  he’s confronted by not only sort of what’s happening where all of us are affected by George Floyd, Breonna Taylor, all of the incidents of police violence,  and systemic racism against black people all the time,” she said adding that taking time away for himself at this moment  is very much a part of his message now.

“The toll is immense, and I think it’s a real wake-up call to people who think they’re progressive, think they’re enlightened. If  a person like Bruce who, with his rhetorical skills, with his ability to organize communities feels like he can’t last in the system, what hope is there for the rest of us?,”  noted Khan. “We can’t let this moment slip away, right? This is a moment for huge, sweeping reform…not reform, for huge structural change to the system. Reform isn’t going to do it, right? We need to address everything, otherwise, we’re going to slip back into this pattern, this sort of dark pattern of forgetting about this, the media will lose attention in a month or two, and then Democratic politicians will also not be as susceptible to the message, and they’ll feel secure in their power. So, you know, for those of us who think of ourselves as allies, it’s a time to hold those in power, their feet to the fire.”

I asked if they felt , even in the short time since the Oscars, if the film has become even more relevant in light of events. ” I don’t think the world has changed since last year or many years prior. I think for communities of color this has been happening,  both the trauma and the instances of police-involved violence, and the protesting, and the organizing, and the demands for justice have been happening. Ferguson, Baltimore, I mean, going back generations even. So I think in that sense, our film was relevant last year and it’s relevant this year, sadly. I look forward to the day when the film can be looked at as a period piece as opposed to feeling relevant,” Mundhra said.  “Our film is a film.  It’s by no means the most important thing in the world or the most important message on this issue, but if our film can reach people and give people an inside look at the tolls of activism, the tolls of fighting systemic racism, and also offer a bit of hope then I think that’s a great thing, and I think if people who would never have access  are exposed to that journey that Bruce has taken, and a lot of his people that he works with in this sort of activist community I hope not only will people walk away from the film feeling inspired, but also recognizing that it’s very difficult to try to change the world. The tolls of activism, the cuts  are really deep.”

Watch highlights of our conversation at the link above. St. Louis Superman which is Emmy eligible as Outstanding Documentary or Non-Fiction Special is now streaming for free at Pluto TV.