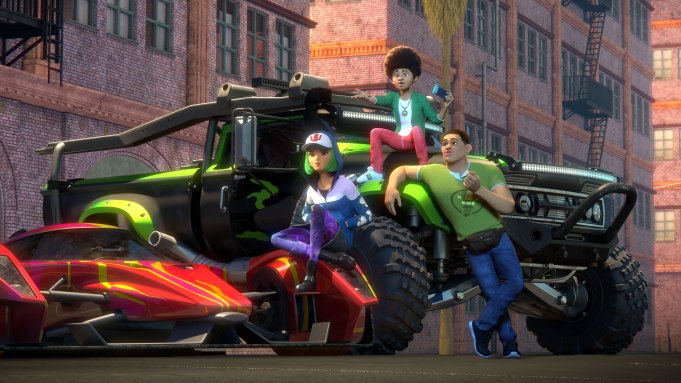 In the just-released trailer (above) for Fast & Furious: Spy Racers from Universal and DreamWorks Animation the wildly successful feature film brand shifts gears in an animated bid to find a younger audience.The show, which premieres on Netflix on Dec. 26, features high-octane adventures with a new premise, young characters, and tales of international espionage with rumbling engines.

The trailer show teenager Tony Toretto is ready to follow in the tire tread marks of his cousin, Dom Toretto, when his crew are recruited by a government agency. Their assignment: infiltrate SH1FT3R, an elite racing league that may be a high-octane front for an insidious global plot.

The tandem of Tim Hedrick (Voltron Legendary Defender) and Bret Haaland (All Hail King Julien) are the executive producers and showrunners. Three producers from the live-action film franchise are also executive producing: franchise star Vin Diesel, Neal H. Moritz, and Chris Morgan. The Fast & Furious series has yielded eight feature films since 2001 and has shown a remarkable flair for reinvention (or, arguably, a dizzying lack of consistency) but with the animated overture the brand is steering toward another generation of fans and enticing tie-in toy opportunities.