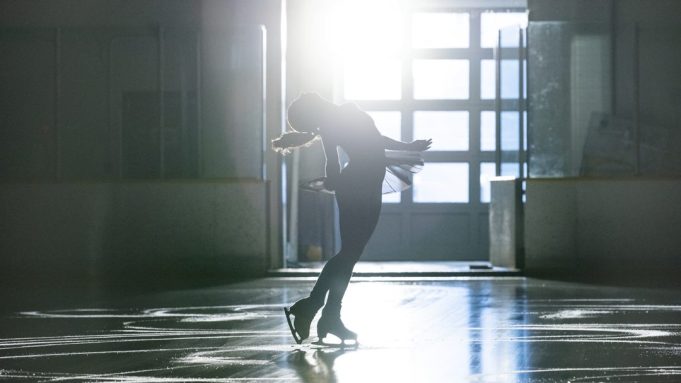 “Skating’s like breathing. I can’t imagine not doing it.” We’re getting the first look at Spinning Out, Netflix’s upcoming drama series set in the world of competitive figure skating.

Created by Samantha Stratton (Mr. Mercedes), a former competitive figure skater herself, Spinning Out centers on Kat Baker (Kaya Scodelario), a high-level figure skater who is about to turn in her skates after a disastrous fall takes her off the competition track. When Kat seizes an opportunity to continue her career as a pair skater with a talented bad-boy partner, Justin Davis (Evan Roderick ), she risks exposing a fiercely kept secret that could unravel her entire life. She splits her time between the ice rink, working as a waitress, and living with her family in the nearby working-class town of Hawkley, Idaho. Kat’s mother, Carol (January Jones) is a former figure skater who has raised Kat, and younger sister, Serena (Willow Shields), on her own. Fueled by a desire to prove that she can cut it as a pair skater wrong, Kat keeps her eye on the prize – facing daunting odds to realize her Olympic dream.

Spinning Out premieres January 1 on Netflix.