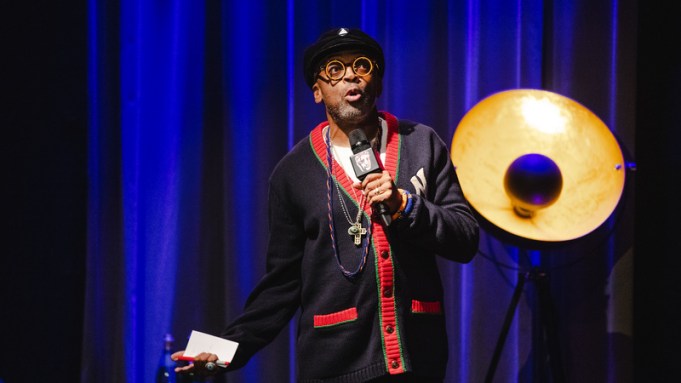 The Do The Right Thing director dropped a new version of the music video during Lee’s annual Brooklyn Loves Michael Jackson birthday celebration on Saturday. While the new video, released when would have been the controversial singer’s 62nd birthday, features footage from the original 1999 clips shot in Brazil and in a prison, those watching the new music vid will take notice of multiple Black Lives Matter protests.

While Jackson sings his lyrics about police brutality and violence, protestors across the world march in the streets in support of the Black Lives Matter Movement. Lee’s newest music video highlights the countless demonstrations that have happened across the globe, from Spain to London to the United States.

Protestors hold their Black Lives Matter signs and take a knee for the victims of police brutality including George Floyd and Breonna Taylor. The music video continues to put protestors in center stage, with numbers of them holding up fists in Rio De Janeiro, Brazil and scores of them voicing their support for their movement in Kenosha, WI, where a police officer shot Jacob Blake seven times it the back.

The revamped version of the original video carries over themes of police brutality as it also showcases law officials attacking peaceful protestors and spraying the demonstrators with teargas and other harmful aerosols. The same way Lee helped Jackson take his original lyrics across international borders back in the late 90s, the BlacKkKlansman director now depicts that the vocal support for the Black Lives Matter movement and concern against police brutality isn’t solely American, but global.