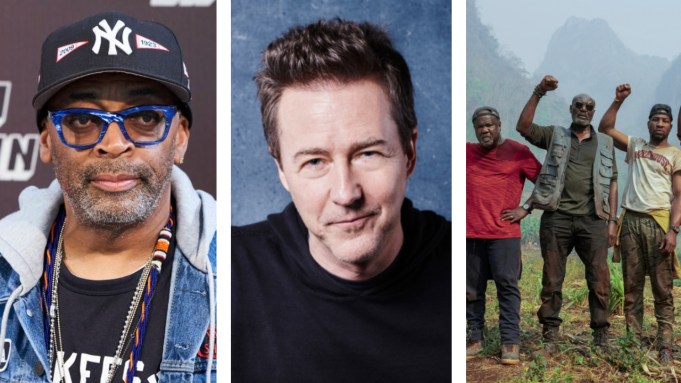 EXCLUSIVE: Spike Lee and Edward Norton have been tight for 30+ years, dating back to when the young actor penned a letter to Lee after seeing his 1998 pic He Got Game, before the filmmaker cast Norton in his 2002 drama 25th Hour.

The pair got together for their first serious catch up during this pandemic to chat about Lee’s Netflix movie Da 5 Bloods, and as you’d expect they get serious about filmmaking over the course of 50+ minutes. Lee also reveals what he said to Amazon chief Jeff Bezos at the Globes last year – that he should buy the filmmaker’s beloved New York Knicks.

No further introduction required, this is worth a watch, in full above.