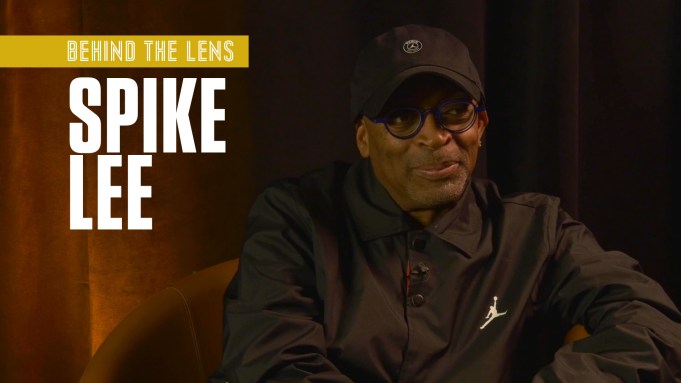 Although he began his career by winning a student Academy Award, has been nominated for Oscars in screenplay and documentary categories and just received an honorary Oscar for his body of work, it is rather surprising to realize that Spike Lee has yet to be nominated in the Best Director Oscar category or to see any of his rich filmography named as a Best Picture candidate.

That could change this year with one of his most acclaimed films in a long while, BlacKkKlansman, the story of a black detective named Ron Stallworth who infiltrated the Ku Klux Klan in the 1970s and lived to write about it. It won Lee the Grand Jury Prize at this year’s Cannes Film Festival, and while the incredible premise deals with some very serious subject matter, it organically includes a lot of humor coming out of the situation.

When he visited our Deadline studios to tape the latest edition of my video series Behind the Lens, Lee adamantly refused to label the film a comedy, rather simply a movie that had some of those elements — including scenes involving real-life Klan Grand Wizard David Duke, who had some surprising words about Lee. We talk about how Lee came to make this film, as well as past works like his 1989 landmark Do The Right Thing that earned him an Oscar writing nomination but wasn’t even nominated for Best Picture in the same year Driving Miss Daisy actually won. In classic Lee fashion he has some choice words for that.

We also talk about how prescient many of his films have been — “my friends call me ‘Negrodamus,’ ” Lee said, laughing. He also is artistic director and professor at NYU and has much to share with his students, and me, and what being a filmmaker is all about.

Check out our lively conversation above.