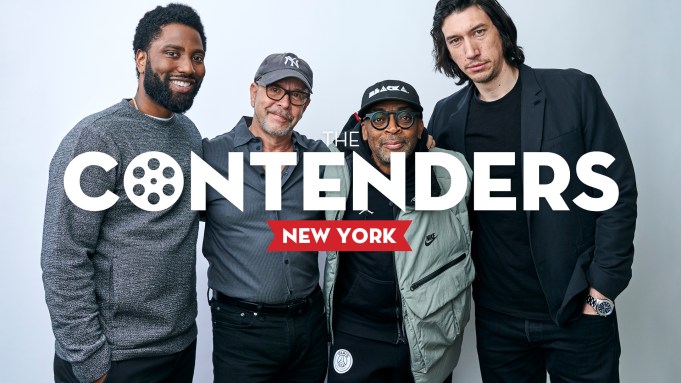 Spike Lee just got his first-ever DGA nomination for Feature Film direction with his powerful, sometimes funny, sometimes highly dramatic BlacKkKlansman. It is hard to believe it is this veteran director’s first nom from the guild (he also just received his first-ever directing BAFTA nomination). But equally hard to believe: he has never been nominated for the Best Director Oscar. That has got to change this year, and it likely will with this hit film that opened on the one-year anniversary of Charlottesville in August, and has proved a serious awards contender ever since. Despite lots of diversity in the Academy’s directors winners including Asian, Mexican, and female winners (well, one in that case) there has never been a black person taking home the Best Director Oscar. Could he actually become the first to do it? In a wide open race this year it is entirely possible.

Joining me as part of the Focus Features panel at Deadline’s first-ever The Contenders New York award-season event, Lee, his editor Barry Alexander Brown and stars John David Washington and Adam Driver talked about this 1970s-set true story of a black Colorado police detective named Ron Stallworth who went undercover into the Ku Klux Klan along with the help of his white Jewish partner.

Washington, who appeared as a child in his father Denzel’s Malcolm X directed by Lee, told the packed audience of AMPAS and guild voters what it is like to get the lead role in a Spike Lee Joint and what the vibe was like on the set. Driver talks about how he psychologically dealt with his character who had to confront his own personal history in carrying out this mission — essentially being the physical version Stallworth and convincing the Klan he was as racist as they were. Brown talks about his use of the ’70s cinematic period’s split-screen techniques to further the story, while Lee emphasizes just how current this story is, even if it happened nearly a half century ago.