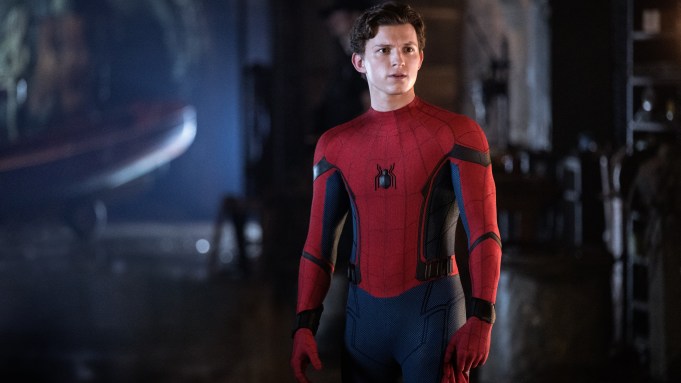 Sony Pictures and Marvel on Tuesday dropped the official trailer for Spider-Man: No Way Home, the latest installment of the superhero franchise starring Tom Holland – and in this case Benedict Cumberbatch’s Doctor Strange. The pic is gearing up for its December 17 release exclusively in theaters.

The plot revolves around Spider-Man’s identity being revealed for the first time. When Peter Parker enlists Doctor Strange help to restore his secret, the spell tears a hole in their world, releasing the most powerful villains who’ve ever fought a Spider-Man in any universe.

Those bad guys include Electro, Doc Oc, Sandman and Green Goblin from the Spiderverse, all of whom showed up in today’s trailer. What didn’t show up was what Marvel-ites think is in the works: that opening up the world will invite in alternate Spider-Man versions that many believe would be previous movie suit-wearers Tobey Maguire and Andrew Garfield.

The cast does include Zendaya, Jacob Batalon, Jon Favreau and Marisa Tomei, with at least Alfred Molina back as Doc Ock.

Jon Watts is back to direct the new installment, written by Chris McKenna & Erik Sommers and based on the comic by Stan Lee and Steve Ditko. Kevin Feige and Amy Pascal are producers. Executive producers are Louis D’Esposito, Victoria Alonso, JoAnn Perritano, Rachel O’Connor, Avi Arad and Matt Tolmach.