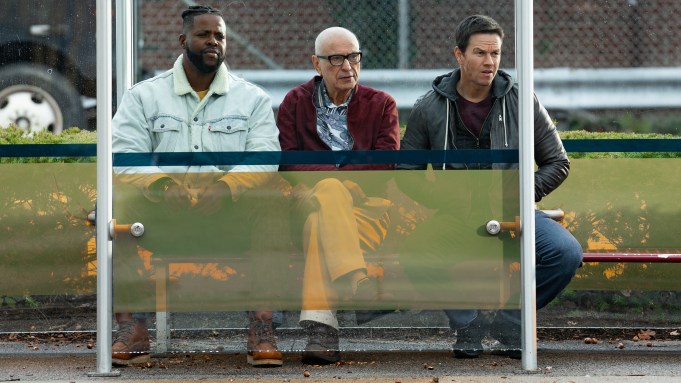 “Picture this: Dirty cops, drug cartels and some big politicians — all working together.”

It’s been more than 30 years since the case was closed on ABC’s Spenser: For Hire, and now we have a new iteration for the streaming era. Here’s the first trailer for Spenser Confidential, with Mark Wahlberg crashing into the character from the book series who made TV-famous by Robert Urich. Watch it above.

Netflix’s buddy action-comedy finds the ex-cop better known for making trouble than solving it getting out of prison after five years (he was framed, natch). He looks to patch things up with his ex-girlfriend Cissy (Iliza Shlesinger) — that doesn’t go all that well, at least initially. At least his old boxing coach (Alan Arkin) has a place for Spenser to stay. Ah, but there’s a catch: He’ll be helping to train brash but promising MMA fighter Hawk (Winston Duke).

Oh, and they’ll be sharing a room.

Cut to the chases: When two of Spenser’s former colleagues turn up murdered, he recruits Hawk and the foul-mouthed Cissy to help him investigate and bring the ne’er-do-wells to justice. Bokeem Woodbine, Marc Maron and Post Malone co-star.

Directed by Peter Berg from a script by Sean O’Keefe and Brian Helgeland, the movie is inspired by Ace Atkins’ novel Robert B. Parker’s Wonderland. It starts streaming March 6 on Netflix. Have a look at the trailer above and the key art below, and tell us what you think.